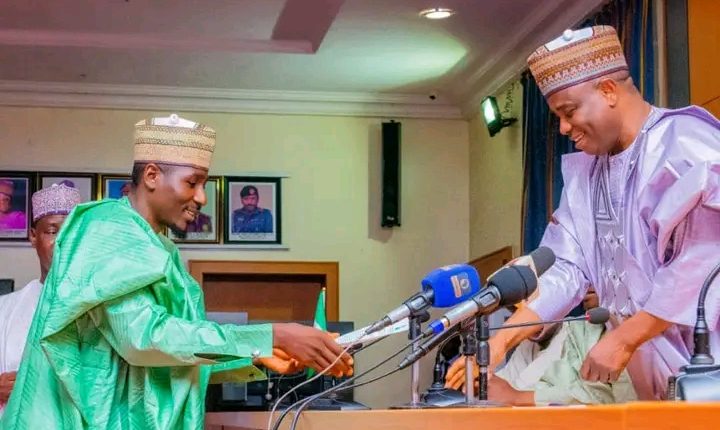 others who had hitherto resigned to seek electoral offices.

According to Tambuwal, the reappointed commissioners deserve their re-installment considering their sacrifice of conceding their ambitions during the past party primaries in the interest of the development of the state and the People’s Democratic Party (PDP).

He further said that he reappointed them as a result of the display of their understanding and maturity, thus urging them to redouble their support and cooperation to his administration.

The Governor who also assured the people of the state of his administration’s commitment to complete the various projects being undertaken by it, appealed to the commissioners to be steadfast in that regard.

He urged them to be apolitical in the discharge of services to the people, while stressing the need for them to work together for the benefit of the state.

The governor used the occasion to take a swipe at the Federal Government and some states that chose not to pay salaries, stating that in Sokoto state no worker is being owed.

He added that in addition to prompt payment of salary by the state government, it has also not been tardy in payment of pensions.

Tambuwal said the state government is spending a lot in the area of social investment, pointing out that there is no state in the country that has expended so much in the social sector.

On the spate of insecurity in the country, the Governor urged citizens to desist from politicizing the issue and urged them to come together in order to overcome the situation irrespective of tribe, region and religion.

The Sokoto State Governor also urged the security outfits to intensify efforts to overcome the situation.

Wimbledon: Nadal Advances To Semi-Finals After Thriller Against Fritz