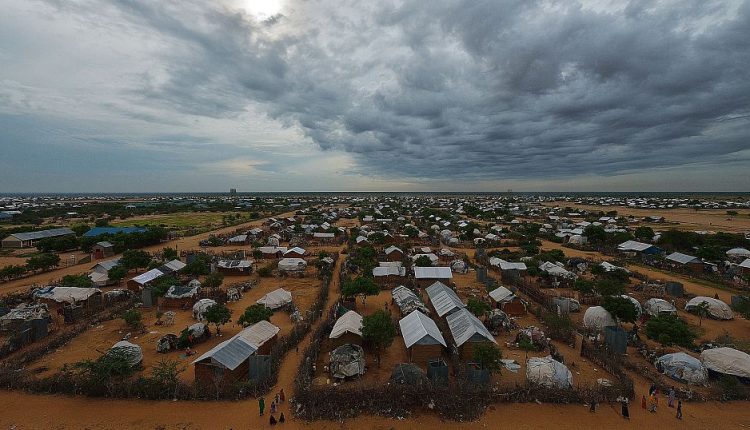 As drought grips the Horn of Africa region, tens of thousands of Somalis are crossing over into Kenya in search of water and food for their families.

According to the UN Refugee Agency (UNHCR), “over 80,000 Somalis have arrived in Kenya in the past two years, fleeing a complex mix of conflict and drought. Somali families escaping drought at home continue to cross the border into neighbouring Kenya as the Horn of Africa region faces its worst drought in 40 years”.

Many who have already been forced to flee violence have been displaced yet again by the drought, brought on by four failed rainy seasons, with a fifth predicted.

Globally, such extreme weather events are intensifying and becoming more frequent due to the climate crisis.

Nearly 1 million people are displaced in Somalia, over 80,000 Somalis have also arrived in Kenya in the past two years, fleeing a complex mix of conflict and drought.

Back at home she had to abandon her hotel business as most residents also fled the town because of the worsening drought.

Osman says she was also worried that her children could easily be recruited by armed groups.

In Dadaab, where Somali refugees have been living in camps for more than 30 years.

Hussien Ibrahim Mohamed, was among the first people settled in Dadaab in 1992.

As a community worker he now helps new arrivals, collecting donations for families in need of clothing and money for food.

More than 50,000 Somali refugees who have arrived in recent years are in dire need of support.

UNHCR is providing basic assistance and supporting local Kenyans with the provision of water and other aid.

Kenya has provided international protection to refugees from across the region for more than three decades and currently hosts over half a million refugees and asylum-seekers.