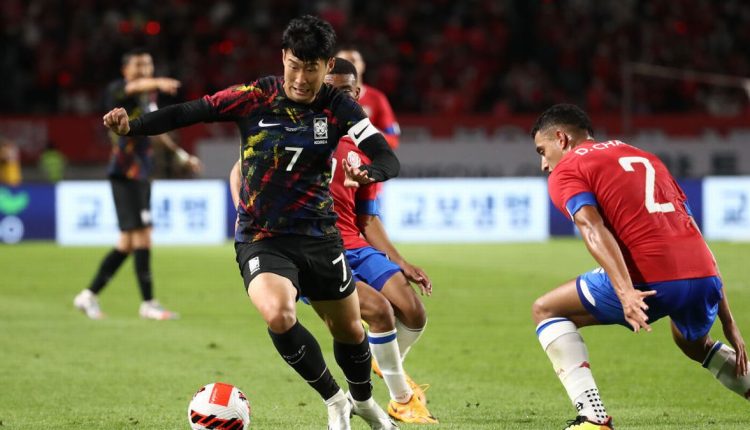 The Tottenham Hotspur forward curled his 85th-minute set piece past substitute goalkeeper Patrick Sequeira minutes after Esteban Alvarado had been sent off for handling the ball outside the penalty area.

Wolverhampton Wanderers forward Hwang Hee-chan had given the Koreans the lead in the 28th minute, coolly stroking in 18 yards out after being fed the ball from the right by Yoon Jong-gyu.

Son and Kwon Chang-hoon both saw efforts cleared off the line within seconds of each other as the home side sought a second before Costa Rica levelled with four minutes left in the half, Gerson Torres’ ball from wide on the right drifted over the Korean defence,

Bennette added a second for the Costa Ricans in the 63rd minute when he slotted in from close range after Kim Seung-Gyu had saved Anthony Contretas’ initial header.

Costa Rica’s hopes of holding on for the win were dealt a blow when Alvarado was shown the red card for gathering the ball outside the penalty area after a long punt forward, and Son thumped the resulting free-kick home to earn the Koreans a draw.

South Korea will take on Uruguay, Ghana, and Portugal at the World Cup while the Costa Ricans have been drawn to face Japan, Germany, and Spain.