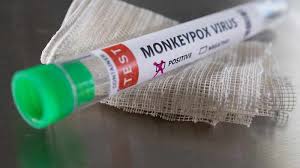 South Africa has recorded its fifth case of monkeypox.

This was disclosed by the health minister, Joe Phaahla , who gave an update on government’s response to the outbreak on Friday morning.

The National Institute for Communicable Diseases (NICD) has confirmed the fifth case was recorded on Wednesday.

So far, 323 tests for the disease have been conducted.

Phaahla says the current rise in monkeypox cases has become a cause of concern.

“We got the report from the NICD, NHLS that we’ve had our fifth case of monkeypox. It’s a 28-year-old male from Johannesburg in Gauteng with a travel history of Europe – the Netherlands and also Spain,” Phaahla said.

The minister said scientists advised there’s no need for mass vaccination at present, as the outbreak is under control.

The health department says it’s keeping a close eye on the outbreak.

“While this is the case we are monitoring the situation working with our scientists, and we will be asking our ministerial advisory committee on vaccinations also to weigh into this and advise us in terms of what the situation should be.”

Globally, 11 people have died and more than 28,000 monkeypox cases have been recorded.

No fatalities have been recorded on home soil.