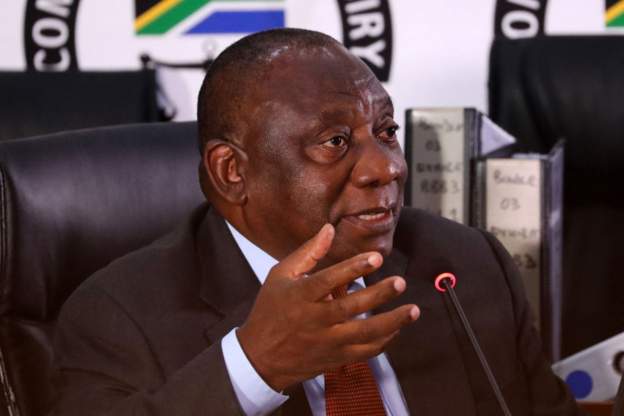 South African President Cyril Ramaphosa has denied interfering with the country’s judiciary over delays in the presentation of the final report of a corruption inquiry.

It already handed over its first, second, third, and fourth reports and was due to present the final part of its findings by last Wednesday.

Interference
This has however been delayed several times amid allegations of interference.

A statement by the Presidency said Mr. Zondo had communicated last Thursday about the delay “and undertook to finalise the report as soon as possible.”

While the commission said it would deliver it by Sunday evening, “This did not unfortunately happen,” the Presidency said.

Mr. Ramaphosa says that they have now agreed with the commission to a “tentative date of Wednesday, 22 June” for the report to be handed over.

“The Presidency, therefore, rejects claims that the President has in any manner interfered with the work of the commission or the judiciary as speculated by some opposition parties.”