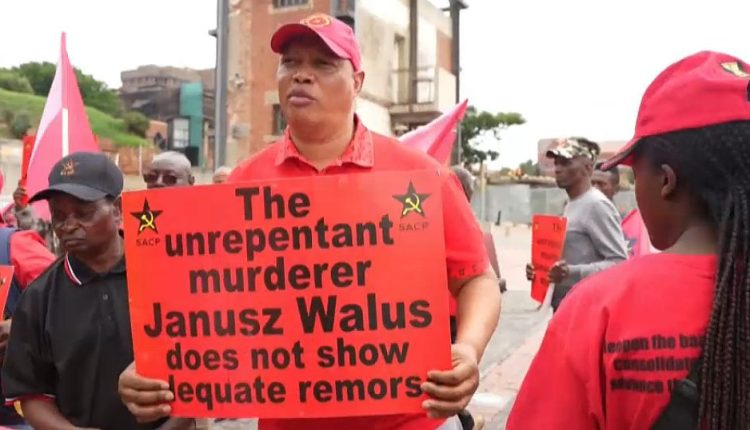 The demonstrators protested against the announced release of the killer of anti-apartheid activist Chris Hani, shot dead in 1993.

“When I heard about the judgement to release Chris Hani’s killer I was disgusted.
I was disappointed about our Constitutional Court’s decision to release a right-wing racist who is viewed by right-wing movements in Poland who want to receive him by the way as a hero”, denounced protester Lenin Mpesi.

Last Monday, the constitutional court announced the release of Janusz Walus, a 69-year-old Polish immigrant with links to the Afrikaner far right.

“For the right-wingers who wanted to plunge our country into chaos, they killed comrade Chris Hani and those right-wingers were arrested and they didn’t tell the truth, that’s why they remained in jail. That is why there is anger in the country today when they are about to be released. And they have been released by the Constitutional Court”, said Solly Mapaila, General Secretary of the South African Communist Party.

Janusz Walus was sentenced to death but the abolition of the death penalty in 1994 commuted his sentence to life imprisonment.