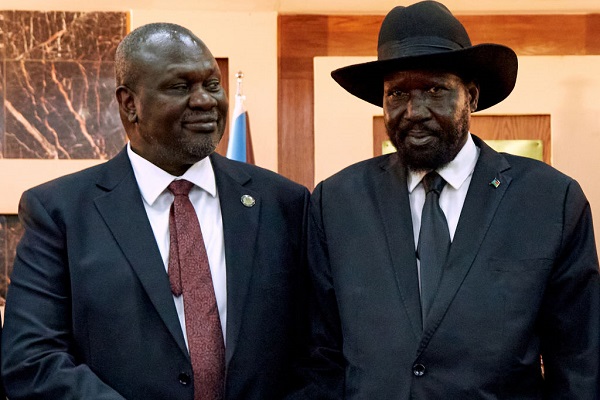 The South Sudanese leaders have signed a roadmap, extending the transitional period of their peace agreement for 24 months starting from February 22, 2023.

Transitional Period
Report says the extension of the transitional period means South Sudan will not hold long-awaited elections in February next year.

According to the new deal, an election will be held in December 2024.

The current transitional period expires on February 22, 2023, and it was expected to culminate with a general election, but the leaders have decided to extend the terms of the agreement again.

The unity government in South Sudan was formed in February 2020, but it is yet to create a unified national army of up to 83,000 troops, which was a key pillar of the peace deal.

According to the new deal, about 53,000 soldiers will be enrolled into the army, starting this month.

Last month the US pulled out of South Sudan’s peace process monitoring mechanisms. It was a major donor to the process providing aviation services and logistics.

The US State Department accuses South Sudan’s leaders of failing to meet key reform milestones of the agreement they signed in September 2018 to end five years of conflict.

The heads of missions of the US, UK, and Norway known as the ‘Troika’ for South Sudan boycotted the event.

US Speaker to Visit Inter-Korean Border