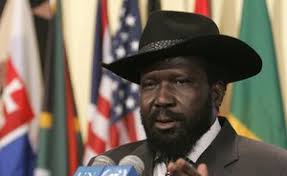 South Sudan leaders said the country’s transitional leadership will stay in power for another 24 months to complete the political, security and electoral reforms needed to move the country forward.

Minister of cabinet affairs Martin Elia Lomuro made this announcement on Thursday stating that the decision to extend the mandate will help address the challenges that impede implementation of the 2018 peace deal that ended South Sudan’s civil war.

Thursday’s move is likely to anger the international community, which has not been happy with the leadership’s inability to end the transitional period, which began in February 2020.

The world’s newest nation was meant to conclude a transition period with elections in February 2023, but the government has so far failed to meet key provisions of the agreement, including drafting a constitution.