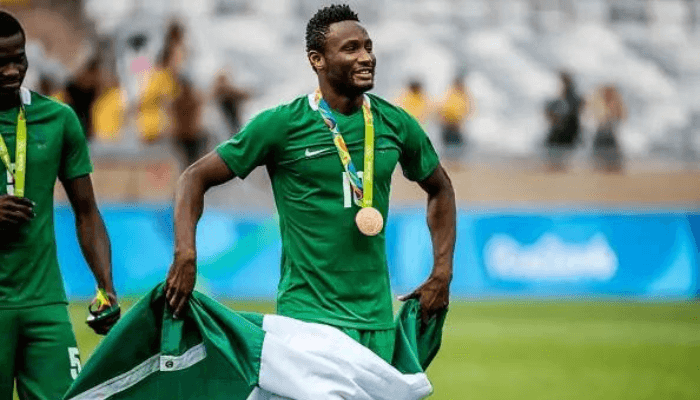 Mikel Obi announced his retirement from Football on Tuesday after several trophy-laden years.

“I celebrate with you, Mikel John Obi on your retirement as a professional footballer. Thank you for donning the green and white jersey of our fatherland with pride. For more than a decade, you made Nigerians proud and brought smiles to households,” the minister said.

“Firstly as a player and also as a captain,  your ethic and dedication was exemplary. We will remember you as an integral part of the historic 2013 all-conquering AFCON team with smiles on our faces. That young boy we saw as an Eaglet grew into an unstoppable Eagle years later.”

“On the biggest of stages  abroad, you represented Nigeria as a worthy ambassador with your art. On a tension-filled night in Munich, you dedicated your UEFA Champions League success to our legend, Late Rashidi Yekini. We could not be any prouder of you, John.”

“You have left a formidable track for others to follow and I join millions of Nigerians around the globe to celebrate you.”