The Federal Ministry of Youth and Sports Development has pledged to provide maximum support and encouragement to the Nigeria Football Federation (NFF) in order to make U-17 Women’s World Cup Bronze medalists, the Flamingos, world champions as the players graduate from one level to another.

This pledge was contained in the remarks of the Sports Minister, Sunday Dare, as he hosted the bronze medallists of the recently concluded 7th FIFA U-17 Women’s World Cup finals, the Flamingos of Nigeria at the Moshood Abiola National Stadium.

“We commend you for the way you performed without fear and held up the flag to win a historic bronze for our country in this competition,” Dare said. “I praise the NFF for the support to the team right from their screening through the qualifiers. 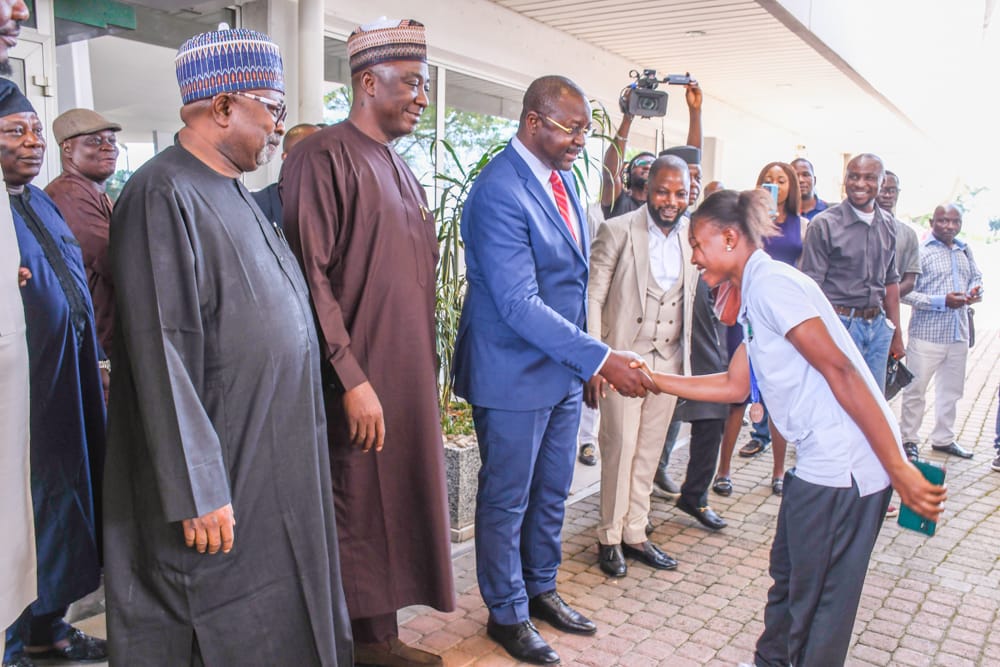 “And to the arrangements for final camping in Turkey and the final tournament in India. We must also commend the coaching crew for their steadfastness in imparting the right knowledge to the players,” Dare added.

“I will be happy to see these players graduate from this level to the U20 and then to the senior team, because they have the skills and talent, and demonstrated ability to do very well. The Ministry will give NFF the right support to achieve that. They have served well as good ambassadors of our country on and off the pitch.”

Earlier, President of the NFF, Ibrahim Musa Gusau had introduced the team to the Minister, recalling the team’s exploits during the qualifying campaign and at the final competition in India, describing the players as “young, energetic, vibrant, positive and promising.”

The Permanent Secretary in the Ministry, Ismaila Abubakar, hailed the team for “performing so wonderfully well” to make Nigeria proud, and observed that its success was attributable to synergy and telepathy, which should be credited to the coaching crew.

Captain of the team, Alvine Dah-Zossu expressed appreciation to the Ministry and the NFF, and thanked Nigerians from all walks of life who prayed for and wished the team well in India.

Chief Anyansi-Agwu gave kudos to the team for their excellent conduct on and off the field of play in India and assured them that the Government and people of Nigeria, as well as the NFF, are proud of their accomplishments.

A dummy cheque of the sum of N3million promised the team by Super Eagles’ captain Ahmed Musa was presented to the players and officials at the airport. Chairman of the NFF Task Force on Youth Competitions, Alhaji Aminu Balele Kurfi promised the team the sum of $10,000.

The Presidency will host the team at a later date.