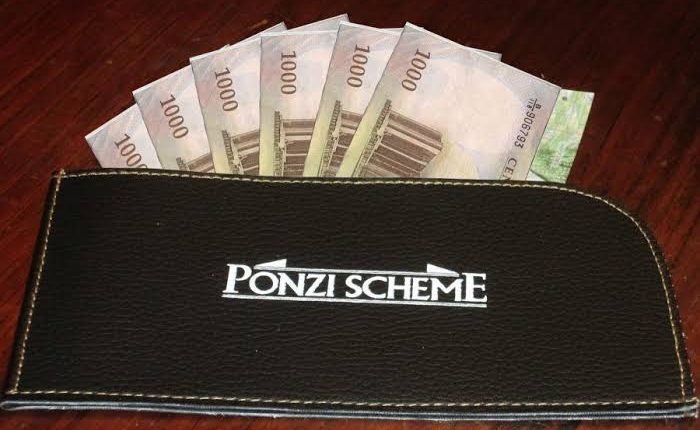 Stakeholders back bill to prohibit Ponzi schemes in Nigeria

The Chartered Institute of Stock Brokers, Security and Exchange Commission, SEC, and major players in the Nigerian capital market have supported a bill to prohibit Ponzi, pyramid schemes and other illegal platforms in Nigeria.

Others who supported the Bill are the NGX Group, Issuing Houses of Nigeria, Association of Security Dealers amongst others.

The bill also called for a 10-year jail term for the promoters of such schemes.

The players gave their support at the public hearing organized by the House of Representatives committee on Capital Market and Institutions, in Abuja.

The two bills were; ‘A bill for an act to repeal the investment and security act, 2007 and enact the investments and securities bill to establish the securities and exchange commission as the apex regulatory authority for the Nigerian capital market as well as regulation of the market to ensure capital formation, the protection of investors, maintain fair, efficient and transparent market and reduction of systematic risk and for related matters.

At the public hearing, the Director General, Security and Exchange Commission, SEC, Mr Lamido Yuguda praised the Committee and the Parliament for the initiative.

He said; “Having operated the current enabling Act since July 2007, the Commission has observed areas requiring review to strengthen existing provisions, remove ambiguities, introduce new provisions that would enhance the international competitiveness of the Nigerian capital market and reposition the market to catalyse national economic transformation. Given the market’s evolution since the passage of the ISA 2007, it was the consensus of the major stakeholders in the capital market community that a complete overhaul of the ISA through a new Bill is necessary to achieve the objective of consolidating the efficiency, transparency and viability of the market.

“It is also noteworthy that the Nigerian Capital Market Masterplan (2015-2025), which was launched by the Commission in 2014, strongly recommends the holistic strengthening of the Legal and Regulatory Framework underpinning capital market operations.”

Mr Yuguda said that “the Bill expands the definition of a Collective Investment Scheme to include schemes offered privately to qualified investors. Minor reviews on various Sections of the extant law have been carried out to provide greater clarity, importantly, introducing an express prohibition of Ponzi/Pyramid Schemes as well as other illegal investment schemes.”

He noted that ” The Bill also prescribes a jail term of not less than 10 years for promoters of such schemes”.

Similarly, the President of the Chartered Institute of Stock Brokers, Mr Olawale Adeosun said that “his agency has the most confidence in the national assembly and this committee to do justice to the bill.”

The Speaker of the House of Representatives, Femi Gbajabiamila, who declared the hearing open said that there was a need to ensure investor confidence in the financial market.

He said; “The need to ensure that the operations of the capital markets and the entire industry sector are sufficiently fair and transparent to ensure investor confidence is of particular concern. It is often said that capital is cowardly and will run at the slightest risk. In this new global economy, when investors have the option to quickly move money across industries, nations and continents, we cannot allow deficiencies in the system that cause investors to worry about the safety of their investments.”

The Chairman of the House of Representatives Committee on Capital Market and Institutions, Babangida Ibrahim said that the Bill would also achieve expansion of product range in the market, equities, bonds, Sukuk, derivatives and the advent of electronic share issuance.

The prohibition of the Ponzi scheme Bill followed a proposed amendment of the investment and security act of 2007.