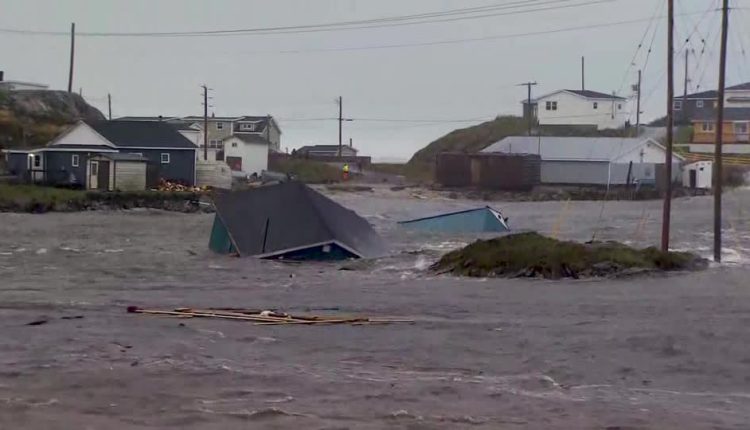 Powerful storm Fiona has ripped into eastern Canada with hurricane-force winds, forcing evacuations, and causing destruction in its wake.

Prime Minister Justin Trudeau met on Saturday morning with members of a government emergency response team, and later told reporters that the armed forces would be deployed to help with the clean up.

“We’re seeing reports of significant damage in the region, and recovery is going to be a big effort.

“We will be there to support every step of the way.” Trudeau said.

Trudeau had delayed his planned Saturday departure for Japan to attend the funeral of former Prime Minister Shinzo Abe, but said he could no longer make the trip.

Federal assistance has already been approved for Nova Scotia, Trudeau said, and more requests are expected.

The U.S. National Hurricane Center (NHC) said the center of the storm, downgraded to Post-Tropical Cyclone Fiona, was now in the Gulf of St. Lawrence and losing some steam.

The NHC canceled hurricane and tropical storm warnings for the region.

Port aux Basques, on the southwest tip of Newfoundland with a population of 4,067, bore the brunt of the storm’s rage.

The mayor was forced to declare a state of emergency and evacuated parts of the town that suffered flooding and road washouts.

Several homes and an apartment building were dragged out to sea, Rene Roy, editor-in-chief of Wreckhouse Weekly in Port aux Basques, told the Canadian Broadcasting Corp.

In Halifax, 11 boats sank at the Shearwater Yacht Club and four were grounded, said Elaine Keene, who has a boat at the club that escaped damage.

Quebec Premier Francois Legault said no injuries or fatalities had been reported so far, and officials from both PEI and Nova Scotia said the same.

The storm weakened somewhat as it travelled north.

Fiona, which nearly a week ago battered Puerto Rico and other parts of the Caribbean, killed at least eight and knocked out power for virtually all of Puerto Rico’s 3.3 million people during a sweltering heat wave.

Fiona made landfall between Canso and Guysborough, Nova Scotia, where the Canadian Hurricane Centre said it recorded what may have been the lowest barometric pressure of any storm to hit land in the country’s history.

Storms are not uncommon in the region and typically cross over rapidly, but Fiona is expected to impact a very large area.

While scientists have not yet determined whether climate change influenced Fiona’s strength or behavior, there is strong evidence that these devastating storms are getting worse.