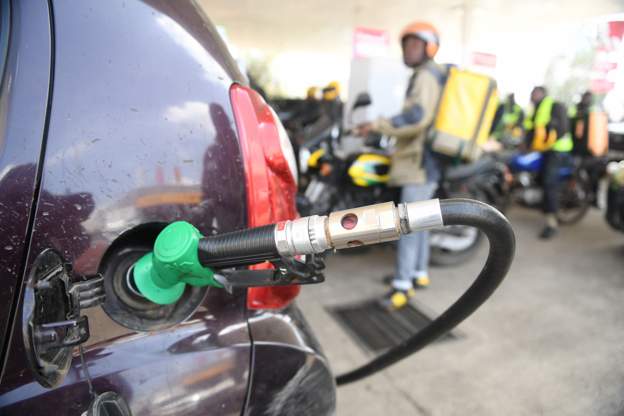 The cost of fuel in Kenya has risen to a new record high after the government partially removed subsidies that cushioned consumers from the global hike in oil prices.

The energy regulator said that it had removed the subsidy for super petrol while retaining a smaller subsidy for diesel and kerosene.

New Prices
In the new prices, super petrol mostly used by private motorists would now cost about 179 shillings a litre, up from 160 shillings while diesel, which is used by transporters and industries would cost 165 shillings in the capital, Nairobi.

Kerosene, which is mainly used by low-income households for cooking and lighting, would cost about 148 shillings.

This comes after President William Ruto indicated in his inaugural speech that his administration would do away with fuel and food subsidies, noting that they were costly and ineffective.

However, there were concerns that a complete removal of the subsidies would hit the economy hard as the fuel prices directly affect the cost of living.