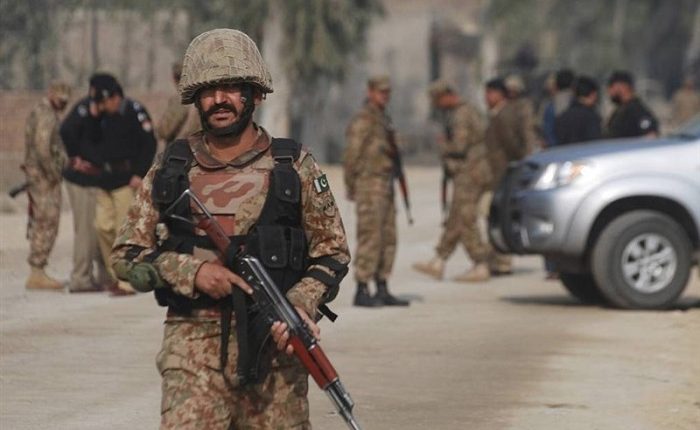 The Pakistani army says a suicide bomber has attacked a military convoy in a Pakistani tribal region along the Afghan border.

Report says the bomber rammed a three-wheeler into the convoy.

No one has claimed the responsibility for the bombing, which came a day after a senior Pakistani militant with a $3 million US bounty on his head, Abdul Wali, also known as Omar Khalid Khurasani, was killed in an explosion in Afghanistan.

According to reports Khurasani along with three other commanders who were killed in an ‘enemy attack’, were designated as a terrorist group by the United States and the United Nations, had claimed responsibility for multiple attacks against police, and military, which has killed hundreds of people in Pakistan.

The group known as Tehreek-e-Taliban Pakistan, TTP wants to overthrow the Pakistani government to govern it under a harsh version of Sharia law.

US Diplomat: Russia Must Remove All its Troops from Ukraine