Three-time African champions Nigeria have stepped up preparations for their international friendly match against Ecuador at the Red Bull Arena in Harrison on Thursday evening in New Jersey, US.

Despite losing its first game under Portuguese coach Jose Peseiro, the Super Eagles are making progress with some new training routines. While there were mistakes made in the 2-1 loss against Mexico, as expected from a team under a new management, the Super Eagles will be eager to learn many lessons from the match.

The training session was on close control, space management and clinical finishing, as Coach José Peseiro supervised proceedings alongside his assistants.

Peseiro is still sweating on the fitness of Ola Aina ahead of Thursday’s fixture against Ecuador in New Jersey after the latest injury update provided by the Nigeria Football Federation.

The fullback did not train fully with his international teammates and the same applies to Lorient midfielder Innocent Bonke, who was forced off injured before the start of the second half against Mexico. 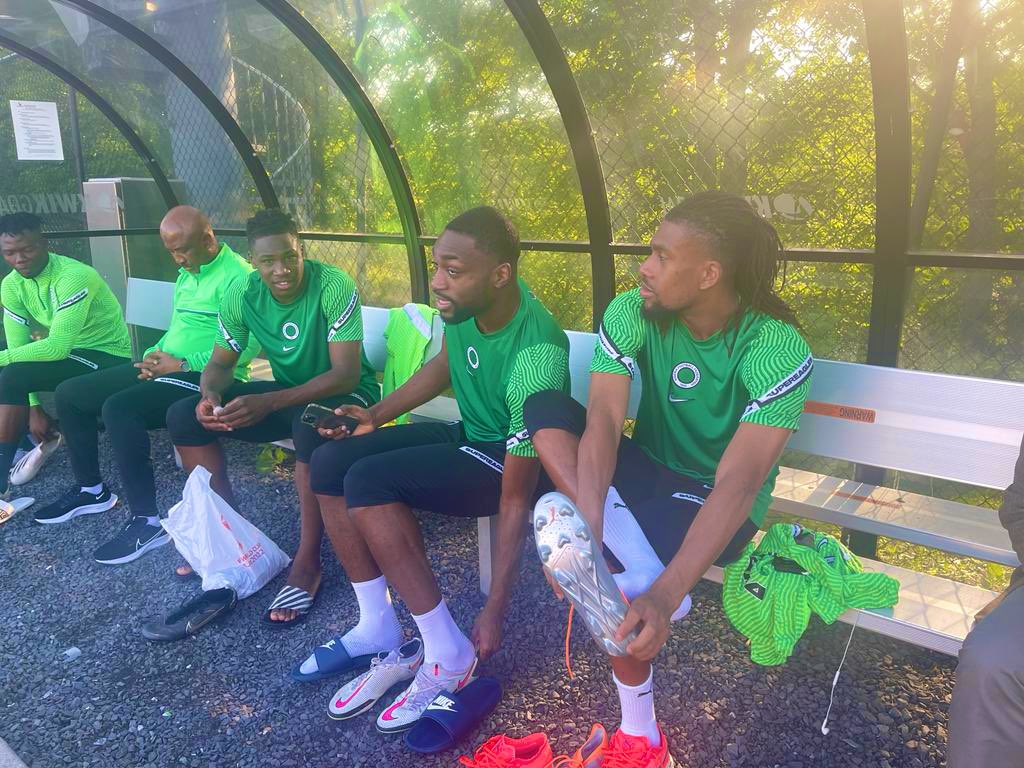 Aina and Bonke stayed out of the gruelling session on Monday to do light recovery training of their own.

Watford striker Emmanuel Dennis also linked up with the Super Eagles in New Jersey, ahead of Thursday’s international friendly between the Nigeria national team and Ecuador.

Dennis was not available for the Mexico friendly in which the Super Eagles lost 2-1 in Dallas but coach Jose Peseiro has now been handed an extra option in the attack for Thursday’s clash against the South Americans.