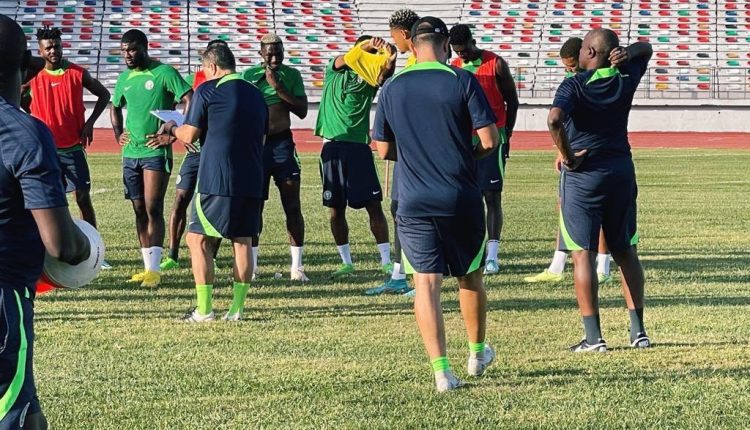 The Super Eagles will hit Oran today ahead of Tuesday’s international friendly against the Desert Foxes of Algeria.

On Friday, in a test match, Nigeria played out a thrilling 2-2 draw with the home-based Algeria team preparing for the CHAN.

The game at the Mohamed Hamlaoui Stadium ended in a 2-2 draw with Alex Iwobi and Cyriel Dessers on target for the Super Eagles.

22 players are now available for selection after assistant captain, William Troost-Ekong was forced to leave camp on Saturday as a result of injury.

Midfielder, Wilfred Ndidi returned to his club early last week after picking up an injury in training.

The Super Eagles have lost their last two games against Algeria.

The game will kick off at 8pm Nigeria time.