Super Falcons head coach Randy Waldrum said he is pleased with Nigeria’s progression to the quarter finals of the Women’s Africa Cup of Nations (WAFCON) tournament, after a thrilling 4-0 victory against Burundi on Sunday.

When Nigeria lost its opening game against South Africa 2-1 on Monday, there was a lot of unrest within their camp and back home from the fans. As if that was not enough, the Super Falcons lost star player and record four-time African Player of the Year Asisat Oshoala to injury, as she was ruled out of the rest of the tournament.

However, for a deeply talented side like Nigeria, head coach Randy Waldrum made some changes to the team and has since been reaping the benefits.

“We played very well in the first half and were in control of the game but then we became a bit sloppy in the second half,” Waldrum said after the game.

“There is definitely room for improvement, but I like the trajectory of the team so far.”

Nigeria have now kept two clean sheets at the WAFCON 2022 and according to Waldrum, things are starting to look good for them just like they planned. 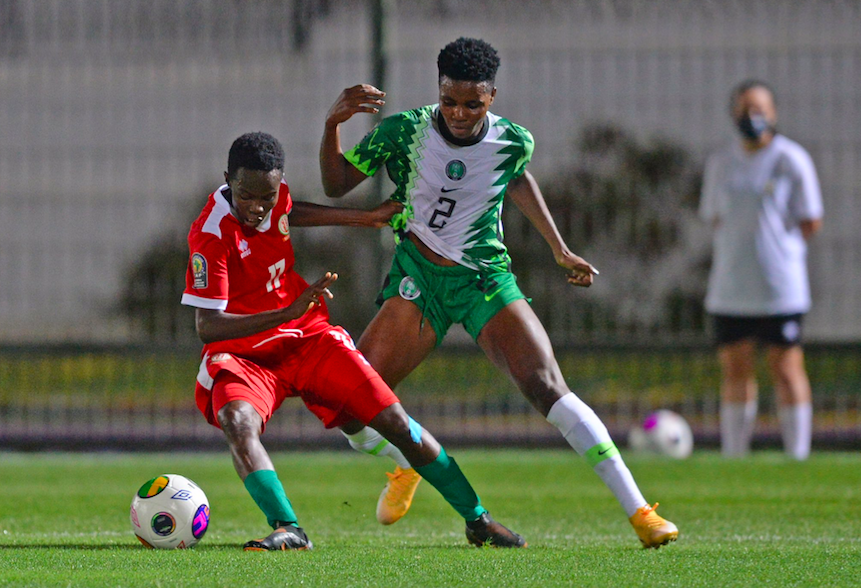 “We are improving in every game that we play. We execute our plans well and I am happy with the way the players have reacted in our last two games. We have urgency in the way that we play,” Waldrum added.

“We have also given an opportunity to younger players to get a feel of the tournament, so that we can also rest some of the players that have played heavy minutes. I am very impressed. You can see tonight. We started Uchenna [Kanu] and she came through.”

“Rasheedat [Ajibade] was great today. Peace [Ewomazino Efih] and Uchenna were great in the midfield. We have talent that is very beneficial. We have more good players to select from. I have confidence in what we are doing and we are in a really good place,” Waldrum concluded.

Nigeria have scored the most goals in the tournament, finding the back of the net an incredible seven times while only conceding twice – both goals from South Africa.

The Super Falcons of Nigeria will take on Cameroon’s Indomitable Lionesses in last 8 of the women’s continental football showpiece.