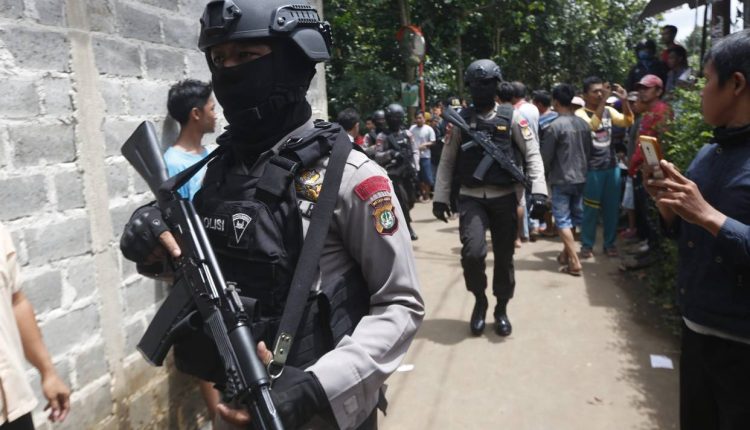 Two people were killed and eight wounded when a suspected Islamic militant blew himself up at a police station in the Indonesian city of Bandung on Wednesday.

Authorities say the suspect may have been angered by the country’s new criminal code.

West Java police chief Suntana told Metro TV that authorities were investigating a blue motorbike found at the scene, which they believed was used by the attacker.

Attached to the bike was a note carrying a message rejecting Indonesia’s new criminal code, which parliament ratified on Tuesday.

“There was a note on the motorbike saying the criminal code is an infidel product, let’s eradicate the law enforcers,” Suntana said.

The attacker brought two bombs to the scene, Suntana said, but only had time to detonate one.

Ahmad Ramadhan, head of the public information bureau for the National Police, said authorities were coordinating with the counter-terrorism unit to investigate the incident, which killed the suspected attacker and one police officer.

The Islamic State-inspired Jamaah Ansharut Daulah (JAD) group may have been behind the attack, Ibnu Suhendra of Indonesia’s counterterrorism agency (BNPT) told Metro TV. He said JAD had carried out similar attacks in Indonesia.

Footage from the scene on Wednesay showed damage to the police station, with some debris from the building on the ground and smoke rising from the area.

Islamist militants have in recent years carried out attacks in the world’s largest Muslim-majority nation, including at churches, police stations and venues frequented by foreigners.

Members of JAD were responsible for a series of suicide church bombings in the city of Surabaya in 2018.

Those attacks were perpetrated by three families, who also attached suicide vests to their young children, and killed at least 30 people.

In 2021, a pair of JAD newlyweds carried out a suicide bomb attack at a cathedral in Makassar, killing only themselves.

In an effort to crack down on militants, Indonesia created a tough new anti-terrorism law after suicide bombings linked to JAD.

The group, which is now largely splintered, has been significantly weakened by a wave of arrests by the counterterrorism agency in recent years.