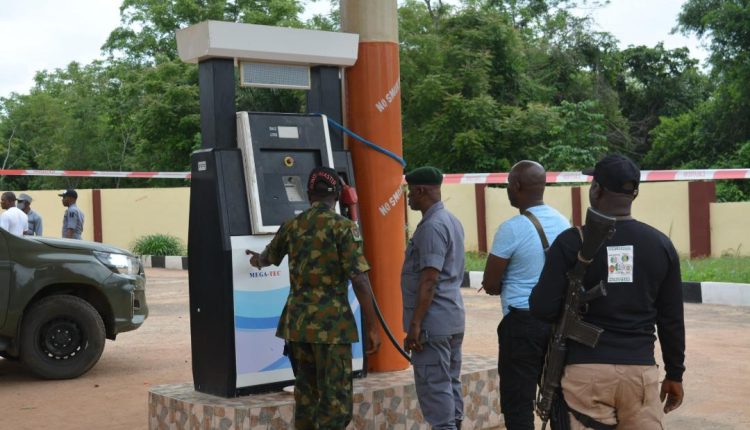 It would be recalled that following the escalation of activities of smugglers around the border communities across the country, the Federal Government inaugurated the Anti-smuggling Outfit Tagged Operation SWIFT RESPONSE comprising the personnel of  Army, Customs, Police, and other security agencies to checkmate activities of the smugglers which have a detrimental effect on the economy.

The troops deployed for anti-smuggling operations on patrol with the customs personnel and other security agencies during routine patrol observed that all the filling stations at Imeko Afon Local Government Area were closed. Further investigation revealed that most of the Filling Stations closed during the day are active at night.

Consequent to this revelation, the troops in conjunction with personnel of Operation SWIFT RESPONSE conducted a dawn operation on 16 July  2022 and discovered 2 Filling Stations siphoning Premium Motor Spirit into Jerry cans at Imeko. On sighting the troop the suspected fuel attendant and buyers fled the scene 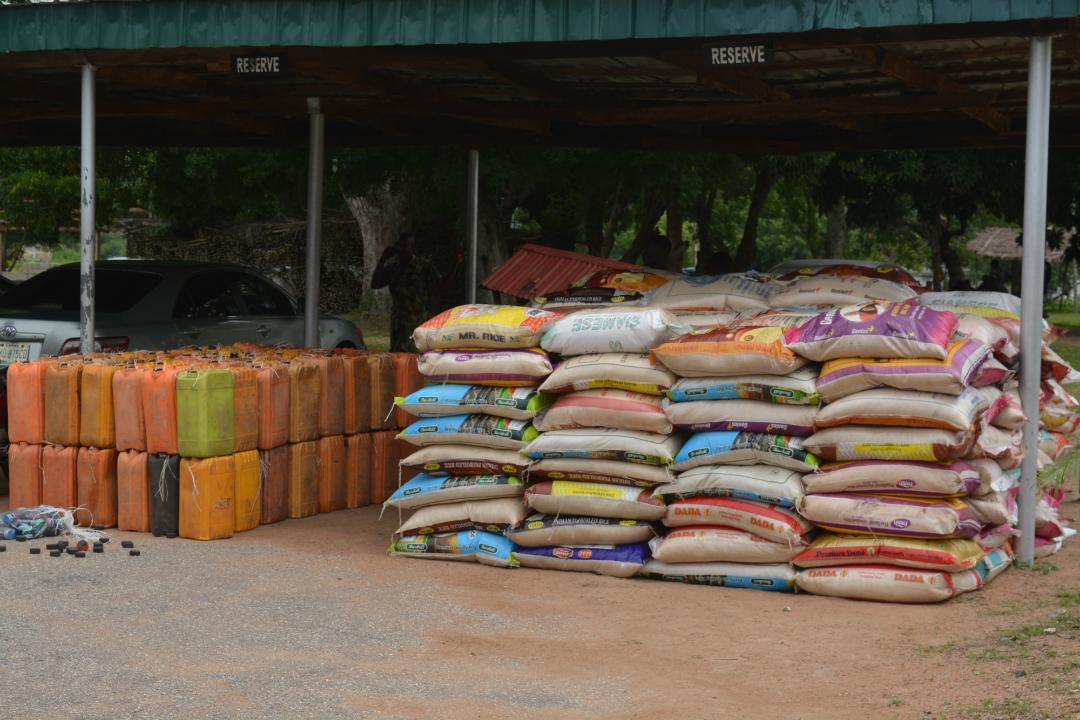 A search behind the station and its surroundings led to the recovery of filled jerrican already loaded into vehicles and ready to be smuggled out. At the end of the operation, a total of Two Hundred and Three (30 Litres) Jerricans were confiscated out of which One Hundred and Forty-Eight were filled with PMS.

Additionally, One Dane Gun, 3 Generators, 4 Vehicles, and 6 Motorcycles were discovered hidden in the bush path. Other items ceased included.  The operation was well coordinated in a professional manner and items ceased have been handed over to the Nigeria Customs Service

This is contained in a statement issued by the Deputy Director, 81 Division Nigerian Army, Major
Olaniyi Osoba.
Dominica Nwabufo