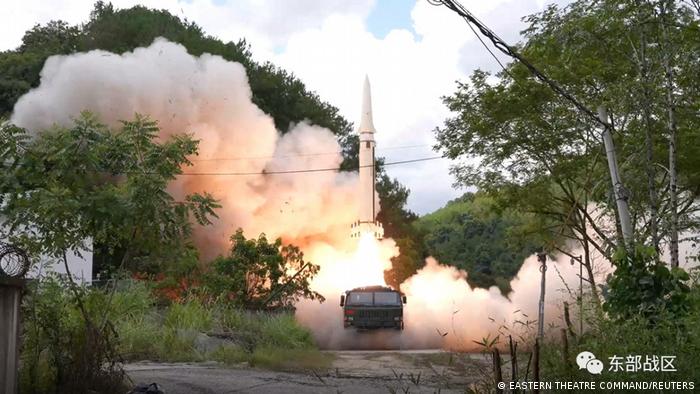 China has commenced its biggest military drills in the Taiwan Strait and fired multiple conventional missiles near Taiwan.

The drills follow the solidarity trip by U.S. House of Representatives Speaker Nancy Pelosi to the self-ruled island in defiance of warnings from China.

“The U.S.-Taiwan collusion and provocation will only push Taiwan towards the abyss of disaster, bringing catastrophe to Taiwan compatriots,” said a Chinese defense ministry spokesperson.

Reports say China’s military activated more than 100 planes, including fighter jets and bombers, and over 10 warships.

The United States condemned China’s move describing it as irresponsible.

Responding to the Chinese drills, President Tsai Ing-wen said Taiwan would not provoke conflicts but would firmly defend its sovereignty and national security.

“Taiwan will never be knocked down by challenges.

“We are calm and not impetuous, we are rational and not provocative, but we will also be firm and not shirk,” Tsai said in a recorded video message to the people of Taiwan.

Taiwan officials said 11 Chinese Dongfeng ballistic missiles had been fired in nearby waters – the first time since 1996.

Taiwan said the websites of its defense ministry, the foreign ministry, and the presidential office were attacked by hackers and warned of coming “psychological warfare”.