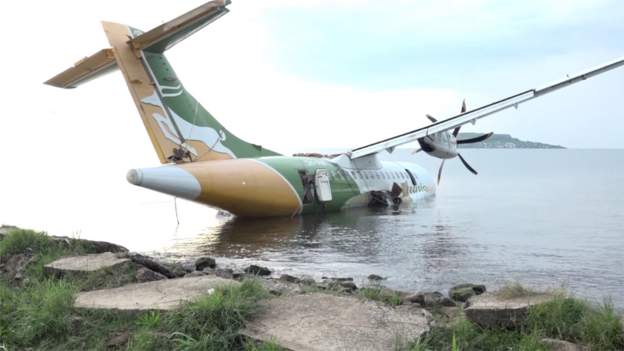 The Tanzanian government has distanced itself from a preliminary report on the passenger plane crash that killed 19 people after the aircraft plunged into Lake Victoria.

The report, which was leaked, said that more lives could have been saved had rescue efforts not been delayed.

It also highlighted that rescue divers lacked oxygen in their cylinders and fuel for their boats.

The findings came from the Air Accident Investigation Bureau, AAIB, and have been widely reported by local and international media.

However, in a short statement posted on Twitter, by the government spokesperson, Gerson Msigwa said that the authorities have yet to officially issue a report on the 6 November Precision Air crash.

“The report which is circulating online should be ignored because it did not emanate from official government authorities. When the official report is ready, you will be informed,” he said.

Meanwhile, one of the country’s main opposition leaders, Zitto Kabwe, who circulated the report on Tuesday, said he was ready to stand trial if the report was not genuine.

The report echoed earlier public criticism of rescue operations but did not disclose the cause of the crash, saying that an investigation was still underway.

The plane left the commercial capital, Dar es Salaam, and made a scheduled stop at Mwanza before it crashed at around 05:50 GMT as it was approaching the airport in the lakeside town of Bukoba.

Fishermen were first at the site and spearheaded rescue efforts, of the 43 people on board, 24 survived.