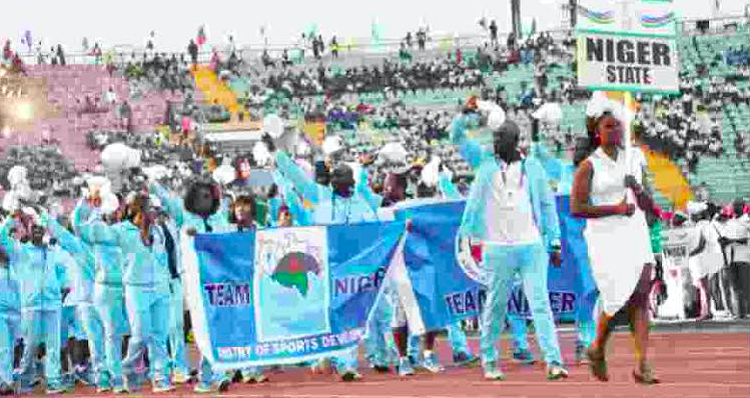 Team Niger, as the National Sports Festival draws closer, is working hard towards achieving great success, as the athletes have won 6 medals at an event presently held in Asaba, Delta State, Southeast, Nigeria.

Team Niger Handball defeated Team Lagos by 36 to 24 goals to emerge in the 3rd position.

In Canoeing Royin 1000 metres won a Bronze medal and in the 200 metres race team, Niger won a silver medal.

The 96 athletes representing the state are competing in 19 different sporting events in the festival.

The state’s Commissioner for Sports and Youths Development, Malam Yusuf Suleiman, described the performance of the teams at the festival as “fantastic and a proof of good representation of Nigerians at the sporting events.”

The commissioner commended the Delta State Government for providing standard facilities for over 30 games being competed for by more than eleven thousand athletes, a number which he said is the highest in the history of the festival.

He said: “I’m telling you now we have gotten, Gold, silver and bronze, and I know more would come and that’s the reason I have been here since the opening ceremony and I would be around with them to motivate them.”

“Before we left we paid them 50 percent of their allowances and I told them I would pay the balance before Friday.”

The Commissioner who came on board two months ago said the state government has built a multi-purpose sports complex in Minna to encourage more participation in sports.