Adekuoroye came under pressure in the encounter, but managed to secure Nigeria’s first Gold medal in Wrestling. This will be Adekuoroye’s 3rd consecutive Gold medal at the Commonwealth Games having won in Glasgow 2014, Goldcoast 2018 and now in Birmingham. 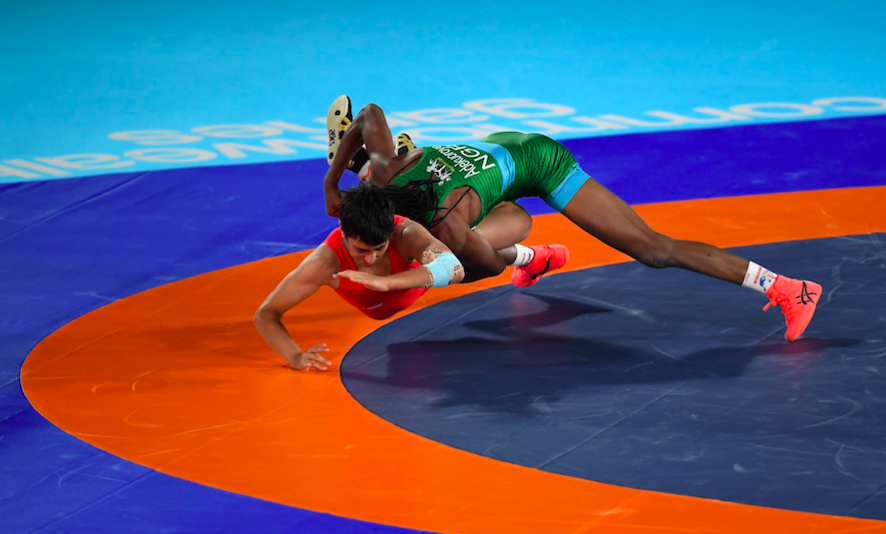 En route to the final, the reigning African champion defeated Canada’s Hannah Taylor in the semis in a swashbuckling 10-0 victory.

The win further increases Nigeria’s Gold medals so far to six, with more events still ahead for Team Nigeria to increase its tally at the Commonwealth Games. 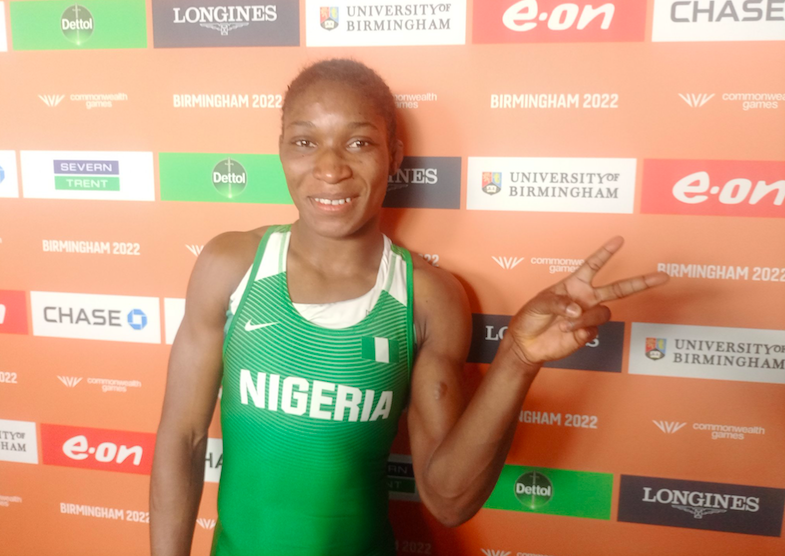 Kolawole was too good, defeating her opponent by a 10-0 victory by Technical Superiority to secure the win. 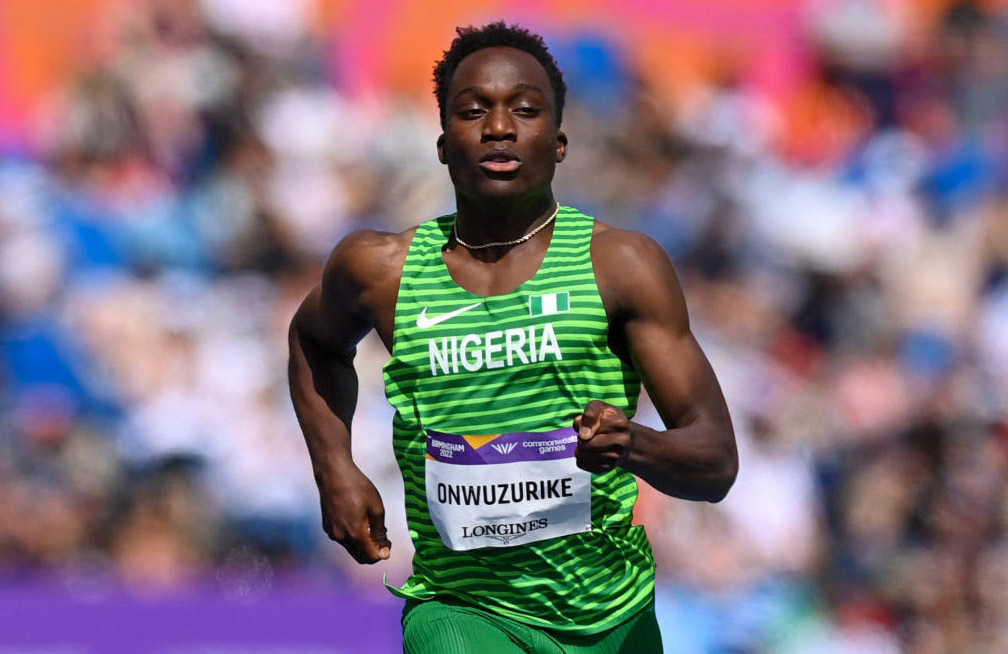 Nigerian sprinter Udodi Onwuzuruike has qualified for the 200m final, winning heat 2 of the semi-finals in a time of 20.59s.

The 19-year-old came out first from the bend running in lane 8, pushed ahead a little bit, and still had time to look over his left shoulder to beat Cameroon’s Emmanuel Eseme, who finished in second place.