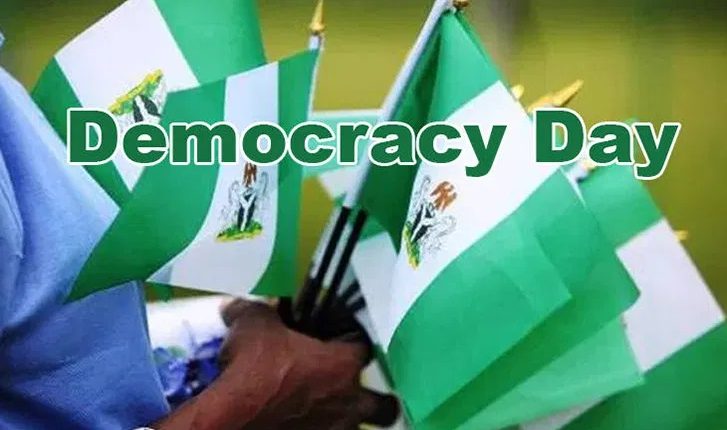 Sunday, June 12, is exactly 29 years that Nigerians went to the polls to elect a new President in the Third Republic of the country’s Democratic journey. That Presidential election was the first since the 1983 military coup that swept away the second Republic politicians.

In the Third Republic, there were only two political parties. The two political parties then were, the Social Democratic Party (SDP) and the National Republican Convention (NRC). The  candidates in that election were African business mogul, Chief Moshood Kashimawo Olawale Abiola, better known as MKO Abiola, who was the SDP flag bearer; his opponent was Alhaji Bashir Tofa who was the standard bearer of the NRC and a business tycoon from the northern part of the country.

At that time, it did not matter to Nigerians what religion or region the two candidates on the ballot paper were from as the SDP candidate with his running mate were both Muslims.

Compared to previous elections which were marred by massive fraud, violence and intimidation, the June 12, 1993 Presidential Election was peaceful and credible. The presidential poll was adjudged the freest and the fairest in the history of elections in Nigeria.

Unfortunately, the election was annulled by the then military government led by General Ibrahim Badamasi Babangida when already the results had indicated an overwhelming victory for Chief MKO Abiola of the SDP.

The military junta claimed they were compelled to annul the election due to some security threats. It was said that some sections of the military were against enthronement a democratic government at that time.

There was an outcry in Nigeria over the annulment of the election and  for the injustice meted out to the winner of the polls. The pressure was too much to bear by the government under General Babangida, who was forced to “step aside” for Chief Ernest Shonekan, a man from Abiola’s native land in present day Ogun State.

Chief Shonekan then took charge as the leader of a National Interim Government. Chief Shonekan’s government was short-lived as his administration was toppled in a military coup d’état on November 17, 1993.  General Sani Abacha, one-time Chief of Army Staff and Secretary of Defence,  took over as the new head of state.

Abiola continued with the struggle to reclaim his mandate without success.  Abacha’s reign was high handed and many political personalities who wanted Abiola to be declared winner of the election were arrested and imprisoned. Some had to flee abroad for fear of being killed by the government. The presumed winner of the election was then thrown behind bars after declaring himself President of Nigeria.

On June 8, 1998, General Abacha died. He was succeeded by General Abdulsalami Abubakar as Head of State.

The new government set in place modalities on how to grant Chief Abiola  freedom, he mysteriously died on July 7, 1998; the day that he was  to be set free from incarceration.

After Chief Abiola’s death, democracy in Nigeria reeled in the throes of mourning and pain. Abiola’s name was gradually fading off in history, especially in the minds of the young who did not know the sacrifice he made and struggles of pro-democracy leaders who fought the military to a standstill for the entrenchment of Nigeria’s democracy.

It was not until 25 years later, precisely on  June 8, 2018,that President Muhammadu Buhari took a bold step to recognize June 12 as the  Nigeria’s Democracy Day as against the May 29 date that had hitherto been observed since 1999.

The President did not stop at that, he also honoured the winner of the annulled June 12, 1993 presidential election, Chief Abiola, with the highest national honour, the Grand Commander of the Federal Republic.

President Buhari’s pronouncement was supported by the country’s parliament, the Nigerian Senate, which on May 16, 2019, passed the Public Holiday Act Amendment Bill to recognise June 12 as the new Democracy Day and a public holiday to hour the heroes of democracy in the country.

The recognition of June 12 as democracy day is also to honour those who fought for the cause and struggle that led to the termination of the era of military rule in Nigeria.

The June 12 date as democracy Day has become part of Nigeria’s political history, which will remain indelible for generations yet unborn to remember the struggles for the enthronement of democratic rule in the country.