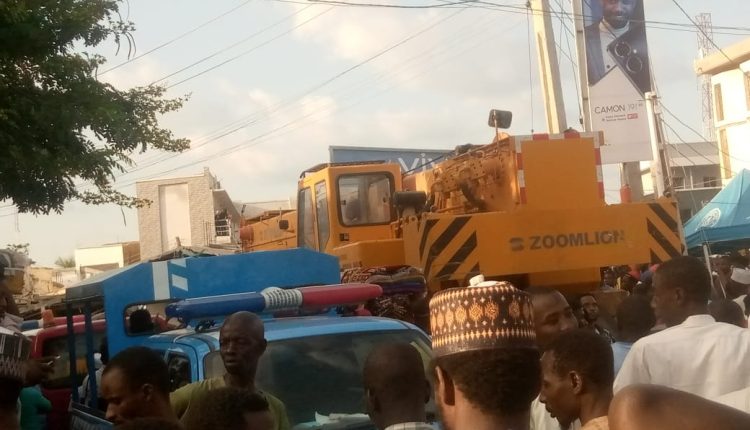 Three persons have so far been rescued with many still trapped in the Kano state building collapse that occurred on Tuesday.

The collapsed building is located along Beirut road in Kano State.

The collapse was said to have occured at around 3:20 pm local time.

Beirut road is a highly patronised business area in Kano, known for the sale of mobile phones and other electronic gadgets.

Rescue operations have continued with cranes mobilised from TEC construction company and others, just as the state emergency agency, the road safety, DSS, the police, fire service among others are also. busy trying to rescue those trapped in the collapsed building. .

When VON Correspondent visited the site of the collapse building, live sound was heard from those making effort to come out of the debris on their own, including phone call put a across by one of the victims asking for help, an indication that there are some survivors still trap in the rubbble.

The building a three storey, was under construction as at the time of the collapse. It was said to be housing many makeshift shop owners at the ground floor while the construction was ongoing.

The state police Commissioner, head of the DSS and the Deputy governor of the state were all sighted at the scene.

Reps Accuse Accountant General of Negligence Over Remittances by MDAs