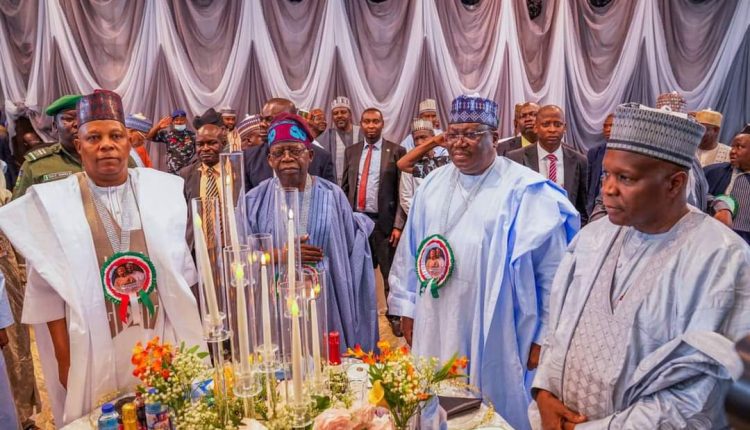 While the Secretary to the Government of the Federation, Mr Boss Mustapha Led President Muhammadu Buhari’s Delegation, the Presidential Candidate of the All Progressives Congress, Senator Bola Tinubu and his running mate, Senator Kashim Shettima also witnessed the occasion.

During the wedding of Fatiha at the Gombe Central Mosque, the Chief Imam of the Mosque, Sheikh Ali Hammari presided over the marriage solemnisation while the Emir of Gombe, His Royal Highness, Dr Abubakar Shehu Abubakar III represented the groom and the Alhaji Kawu Adamu served as the bride’s guardian.

The Bride’s guardian gave out Ameera’s hand in marriage to her groom, Misbahu, through his representative, the Emir of Gombe, who in turn was represented by the Senior District Head of Gombe, Alhaji AbdulKadir Umar. He followed laid down wedding rituals and pronouncement of 150,000 Naira as the bride price. 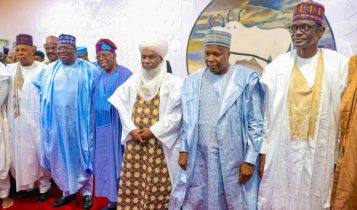 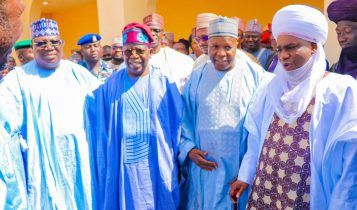 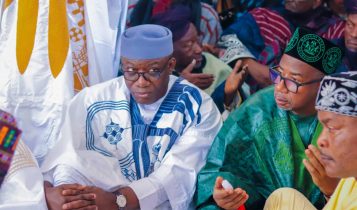 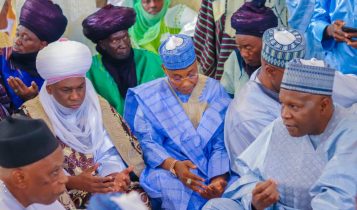 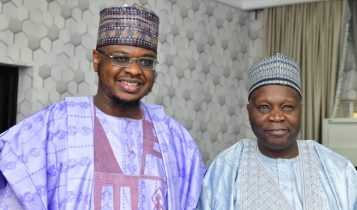 Governor Yahaya described the outpouring of love from the guests as overwhelming, saying “the occasion was a special event which had allowed him to witness his son’s move into a new phase of life.”

The Governor said their presence added colour to the wedding.

There were goodwill messages from the APC presidential candidate, Bola Tinubu, his running mate Senator Kashim Shettima as well as the Senate President, Sen. Ahmad Lawan.

Newcastle settle for one point in Bournemouth draw