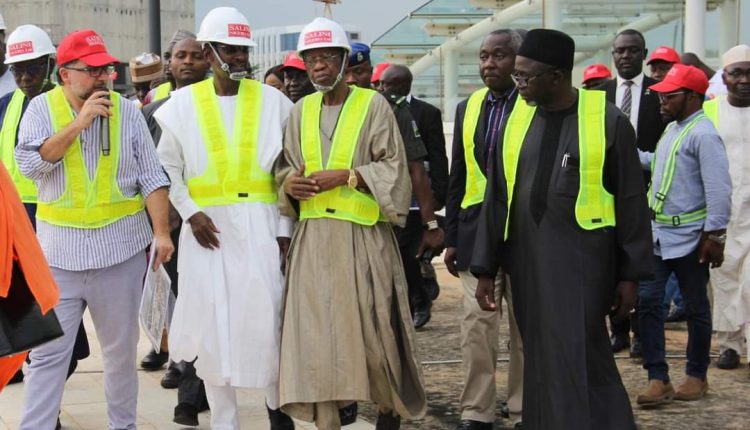 Weeks after reopening the Millennium Park for public use, the Minister of the Nigerian Federal Capital Territory, FCT, Mallam Muhammad Musa Bello has paid an inspection visit to Nigerian Cultural Centre, National Square and Millennium Tower.

This time however, he was accompanied by the Information and Culture minister, Alhaji Lai Mohammed.  The visit to the site of Nigeria Cultural Centre and the Millennium Tower by the two ministers, was to inspect, review and seek other sources of funding for the national project. 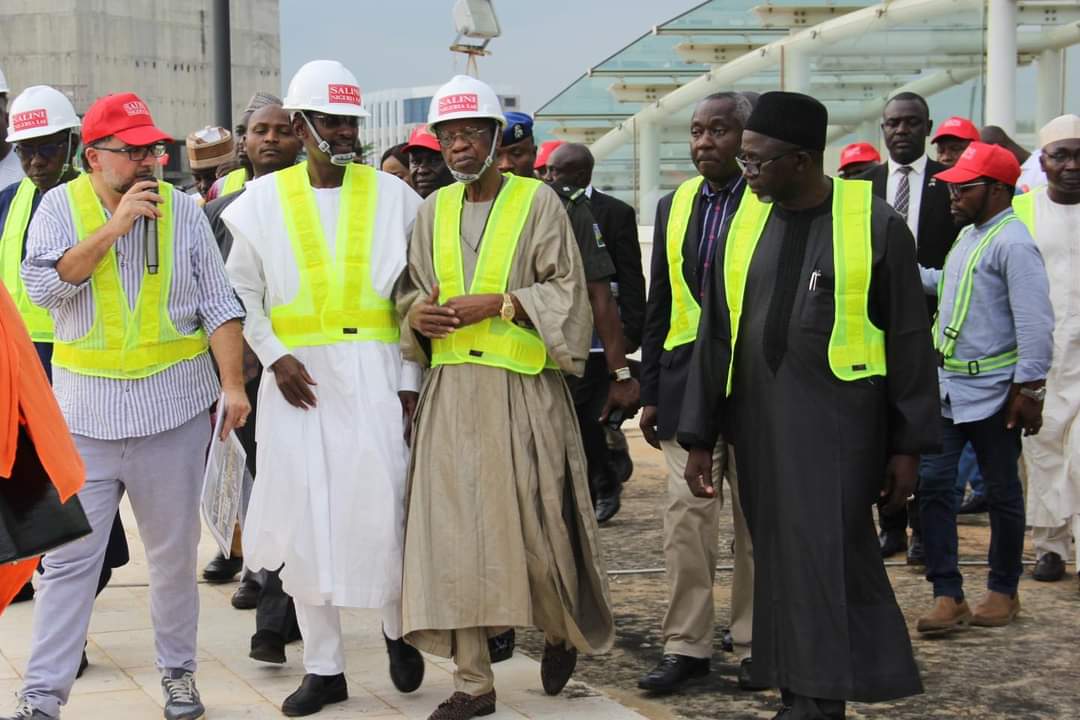 According to the Minister of the FCT, Malam Mohammed Musa Bello, his Administration inherited a lot of capital projects in the city, and a lot of resources and time was spent on completing them.

Most of which are being done in phases in order of priority: “We are doing that in a phased manner. We started by tackling the road network, then the rail system and now, we are tackling water”.

However, funding has stalled work on the magnificent Millennium Tower project, as the Minister explained: “To be frank with you, we don’t have enough resources now to be able to complete this project. That’s how it -you complete what you can within available resources.

“So we are here with the Honourable Minister of Information and Culture, to see how we can discuss alternative sources of funding it.” 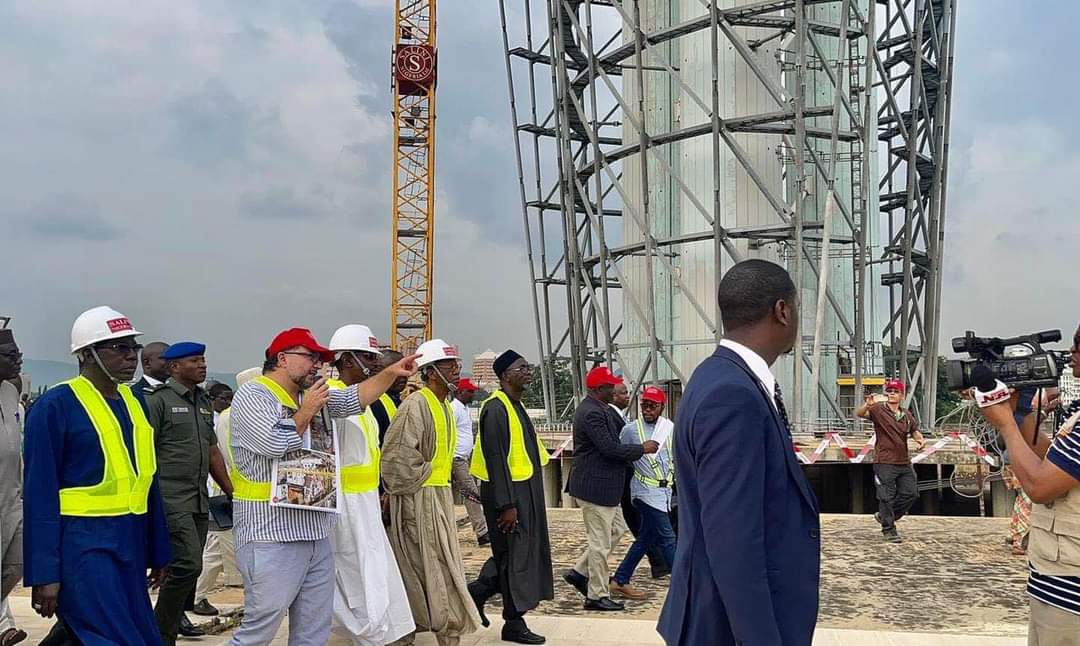 The Millennium Tower, construction of which began in 2005, along with the Nigerian National Square, Cultural Centre and a connecting Tunnel make up a single unit of the expensive National Complex.

Popularly called the Millennium Tower, the project is not just an eloquent witness to the quality of Abuja’s great development, but it is also designed to showcase Nigeria’s unity and strength, and a great tourist site. 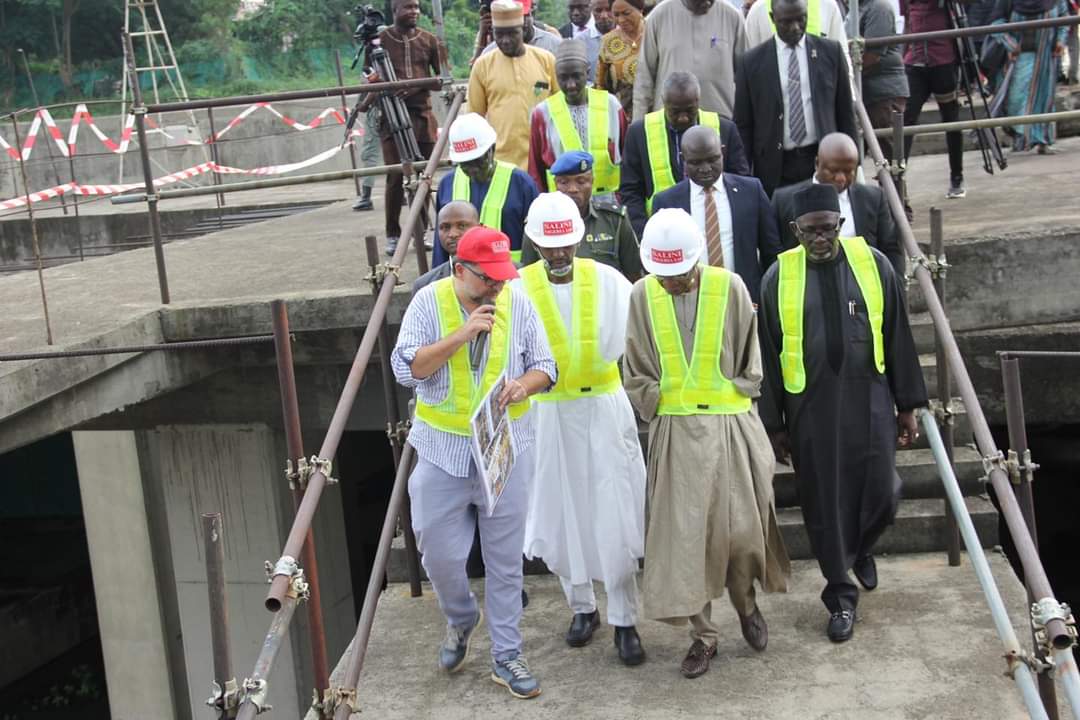 Also envisioned to serve as a venue of Nigeria’s cultural identity when completed, the project will equally foster meetings, studies and relaxation.

Like the Millennium Park, the Nigerian Cultural Centre and Millennium Tower project, comprising development of the site for the National Square and National Museum, within the City’s cultural spine, is handled by Salini Nigeria Limited for the FCT Administration

The Abuja Master Plan, under its urban development strategy for the Central Area, provides for the Three Arms Zone, Ministries Zone, the Cultural Spine, as well as the Central Business District. 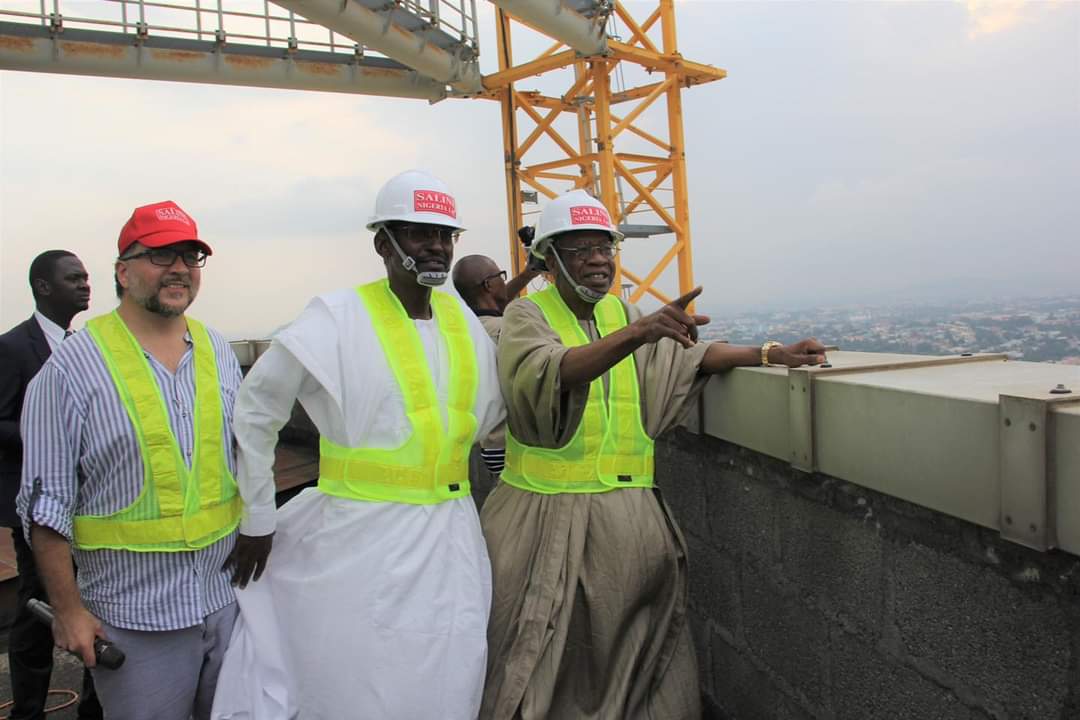 Simply, the Cultural Spine, which houses the Tower and the Centre, stretches between Shehu Musa Yar’Adua Foundation, PTDF building on one side, and Shoprite, running through the National Mosque, National Library, the National Square, National Museum and the National Ecumenical Centre, ending up in a Loop around the NTA, FCTA Secretariat and the Murtala Mohammed Foundation.

The Tower, which is also referred to as “lighthouse tower”, measuring 170 metres high or 560 feet long, dominates the National Square, seemingly springing out of a 1100-capacity underground car park.

It literally grows from the ground, like a flower surrounded by transparent wings upon which is fastened a luminous Coat of Arms crowned with white and green rays that are visible at all times.

Just before the top of the tower is installed an observation deck and a revolving restaurant, in which people can enjoy their meals while having a panoramic view of the entire city.

The tower itself is made up of three giant cylindrical concrete pillars of different heights around which are wrapped transparent stainless steel wings that gradually open outwards and upward like a funnel. 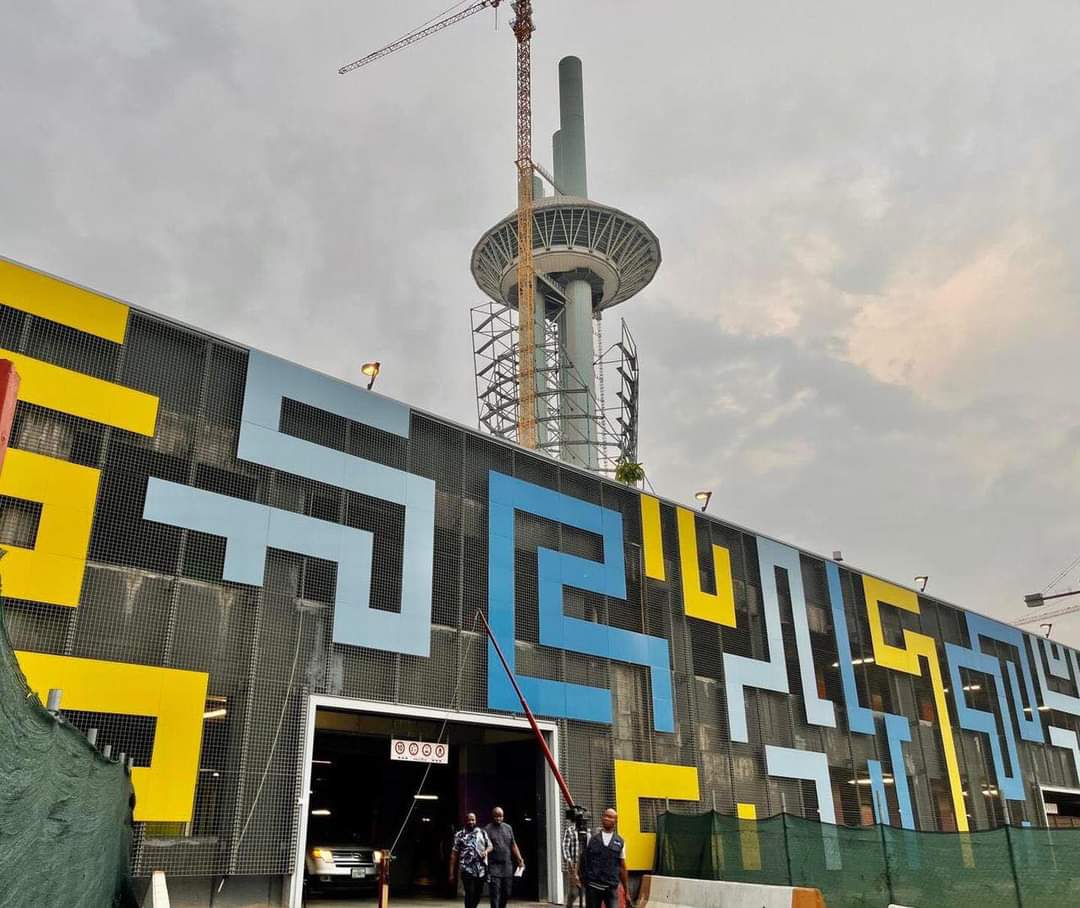 Other aspects of the project include construction of a 7-storey edifice which will house the National Museum at various levels, the National Theatre, as well as five-star model hotel.

However, the multi-million Dollar project has been stalled due to lack of funds.

Lai Mohammed, while soliciting private-sector collaboration for execution of the project, disclosed that only $400 million was required for its completion, even as he praised Nigeria’s past leaders for envisioning such a monument for the country.

This “audacious national monument, with the facilities, is going to generate a lot of revenue for whoever has the courage to partner with us”, he assured.

Design of the project drew inspiration from Nigerian tradition, particularly the Yoruba tradition such as the monumental shrines and the Afin enclave, among others.