The Falconets of Nigeria will be looking for all three (3) points in their FIFA U-20 Women’s World Cup last group match when they clash with Canada, at the Estadio Alajuela Morera Soto in the early hours of Thursday, August 18th by 3 am (Nigerian time).

Following 1-0 victories against France and Korea Republic, respectively, the Falconets top Group C and have already qualified for the quarter-finals of the competition. Second spot in Group C will be up for grabs between Korea Republic and France, with both nations currently on three (3) points going into the encounter.

Falconets stars Mercy Idoko and and Deborah Abiodun, as well as Head Coach Chris Danjuma Musa shared a few words ahead of the clash with Canada after their final training session in Costa Rica.

Coach Musa could possibly start with the girls who beat Korean Republic on Sunday night. Goalkeeper Omini Oyono, Captain Oluwatosin Demehin, Omowumi Oshobukola, Jumoke Alani, and Rofiat Imuran are all set to feature for the Africans. 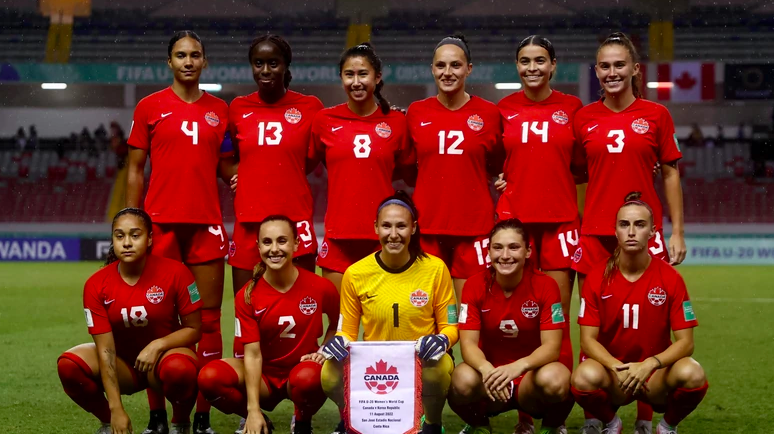 Canada have been far from excellent in Costa Rica, with the North Americans recording two losses in Group C. Korea Republic beat Canada 2-0 in the first match, before France put three past them in a 3-1 defeat.

With the two losses, Canada are out of the competition and only have pride to play for against Nigeria.

Canada have conceded five goals so far, while scoring just once. Nigeria, on the other hand, have managed just two goals in the tournament, conceding none.

Canada, who hosted the tournament eight years ago when Nigeria reached the final for the second time (losing by the odd goal to Germany), will look to cause an upset when they take on the Nigerians.

After getting quarterfinal berth, our Falconets eye a historic nine-point

Nigeria have met Canada twice at the FIFA U-20 Women’s World Cup, with the Falconets triumphing on both occasions.

Both teams locked horns for the first time in the group stage of Russia 2006, with the Falconets edging a thrilling encounter 3-2. Nigeria got to the quarterfinal but could not advance to the semifinal.

It took another ten years before another Canada vs Nigeria fixture came up again at the World Cup. Once again, Nigeria won 3-1, but both teams failed to make it out of the group phase at Papua New Guinea 2016 competition.

The Falconets will look to keep its momentum in the tournament as a victory will further boost their confidence going into the quarter-finals of the FIFA U-20 Women’s World Cup, tagged Costa Rica 2022.