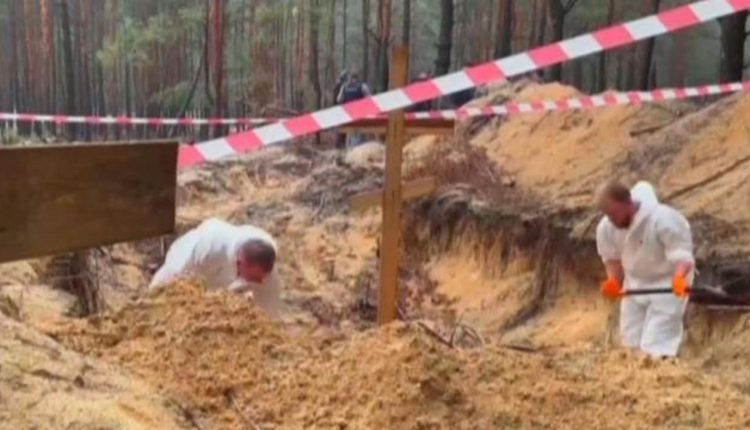 The European Union (EU) has called for an international tribunal following the discovery of hundreds of graves in Izyum, a town recently liberated by Ukrainian troops from Russian occupation.

Many are said to be civilians, women and children among them.

The Czech Republic, which currently holds the rotating presidency of the bloc, condemned the attack against civilian population.

“In the 21st Century, such attacks against the civilian population are unthinkable and abhorrent,” Czech Foreign Minister Jan Lipavsky said.

Ukraine says it believes war crimes have been committed in Izyum, where bodies are being exhumed from the graves in a forest at the edge of the city.

“We must not overlook it. We stand for the punishment of all war criminals.

“I call for the speedy establishment of a special international tribunal that will prosecute the crime of aggression.” Lipavsky said.

In his regular address on Saturday evening, Ukrainian President Volodymyr Zelensky said investigators had discovered new evidence of torture used against the people buried in Izyum, in Kharkiv region.

“More than 10 torture chambers have already been found in the liberated areas of Kharkiv region, in various cities and towns,” Mr Zelensky said.

He said the Russians would have to answer “both on the battlefield and in courtrooms”.

The discovery of the burial sites came as Ukrainian troops continue their counter-offensive in the country’s north-east, after successfully recapturing territory from Russia in recent days.

Russia claims it is fighting to de-Nazify Ukraine, in a conflict it still refers to as a “special military operation” rather than a war.

It has not commented on the burial sites at Izyum.