Russia and Ukraine have signed a U.N.-backed deal to resume exports of Ukrainian grain through the Black Sea on Friday 22nd July 2022.

The agreement was signed in the Turkish city of Istanbul and was brokered by the government in Ankara while the implementation will commence in the next few weeks. 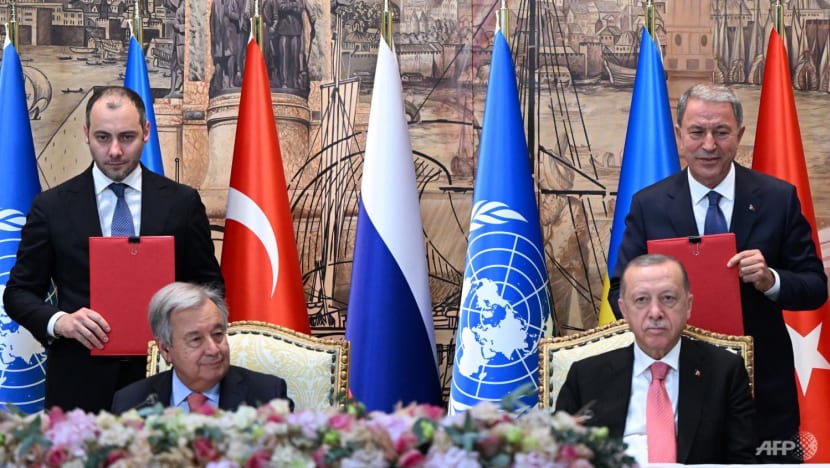 Millions of tons of wheat have been stuck in the war-torn nation. Grain exporters in Ukrainian port cities like Odesa have been unable to ship their goods due to the conflict, fueling a global shortage of the commodity and pushing up food prices.

Ukraine is one of the world’s biggest wheat exporters, and Russian forces have been blocking the Black Sea, where the grain silos at key Ukrainian ports are located.

The deal is significant for global food supplies, and the first major agreement between the two sides since Moscow launched its unprovoked onslaught.

the details of the deal are presently unknown as it was expected to allow Ukrainian vessels to guide ships through mined waters, with a localized truce in place so that Russia does not attack. Turkish officials are also expected to inspect the shipments to rule out any weapons smuggling.

International onlookers are also cautious about the deal as Russia will be closely monitored to ensure it upholds its side of the agreement.

Moscow, which blames Ukraine for laying the mines, is also expected to restart its own grain exports in the Black Sea under the agreement.

Erdogan said he hoped the deal would be a turning point in the war and called on both sides to end the conflict. 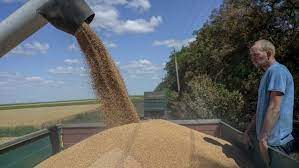 “We are proud to be instrumental in an initiative that will play a major role in solving the global food crisis that has been on the agenda for a long time,” Erdogan said.

Guterres struck an optimistic tone, saying there was now a beacon “on the Black Sea.” “A beacon of hope [and] possibility … and relief in a world that needs it more than ever.”