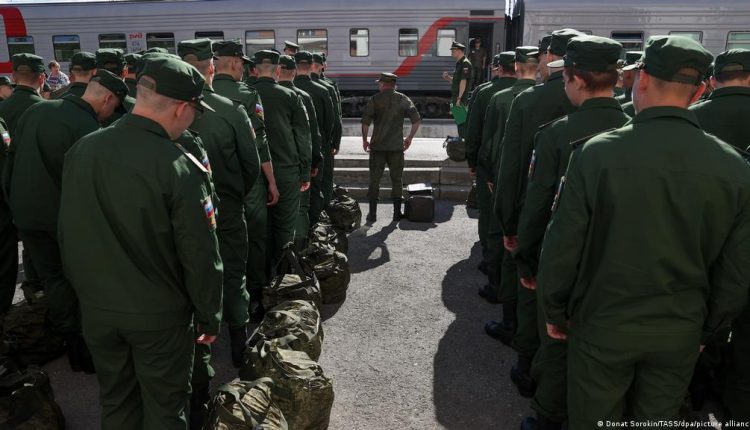 The Russia government is set to open an army enlisting center on the border of Georgia to avoid Russian men from fleeing the country.

Russia’s defence ministry on Tuesday said it would not support the extradition of Russian nationals travelling abroad to avoid being mobilized into the army.

The interior ministry of Russia’s North Ossetia republic, where the Verkhniy Lars crossing is, revealed that 60 of its personnel had been deployed there to serve  summons to any citizen who falls within the mobilisation age.

It also added that the army enlisting centre would be opened in the nearest future.

Kazakhstan’s President Kassym-Jomart Tokayev on Tuesday reiterated his commitment to protect the safety and welfare of Russians fleeing the hopeless situation.

Meanwhile, President Putin has earlier announced the partial mobilisation on 21 September, with Defence Minister Sergei Shoigu attesting that 300,000 reservists would be called up.

Multiple reports backed by footage on social media show people with no military experience, or who are too old or disabled, are being called up.

The Kremlin also admitted that mistakes has been made in its mobilisation drive, despite the growing public opposition across the country.

Putin’s spokesman, Dmitry Peskov has also  said that, “There are cases when the decree is violated,” adding that all the errors will be corrected.

UN rights office spokeswoman, Ravina Shamdasani said that she’s disturbed at the turn out of things.

“We are deeply disturbed by the large number of people who have reportedly been arrested.” Shamdasani said.

Since the mobilisation announcement, more than 2,000 people has been detained at protests across Russia.