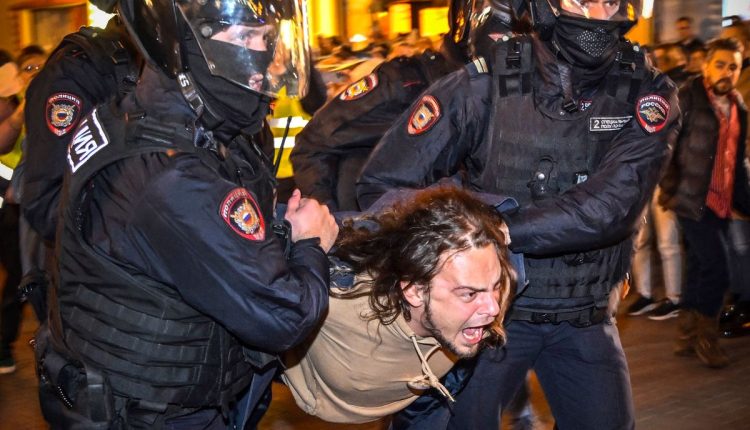 Protesters have clashed with regional police as they took to the streets of Russia’s Dagestan province to demonstrate and oppose Moscow’s new bill of partial mobilization.

Dagestan province, which has been noted for intense violence, is predominantly occupied by Muslims in the region of Russia.

report has it that over 100 people have been arrested in the regional capital Makhachkala, during the protests.

Several videos on social media show protesters confronting the police and other security officials in Makhachkala.

Also, reports say locals in the village of Endirey previously blocked a federal highway in a bid to stop security officials from gaining access into the area.

Dagestan’s Governor, Sergei Melikov, admitted that mistakes have been made during the mobilization.

“I have already spoken about this before, but I will repeat it again: partial mobilization must take place strictly according to the criteria announced by the president,” Mr. Melikov said.

Meanwhile, Many young Russian men have sought to cross the border into neighboring Finland and Georgia in an attempt to escape conscription.

Since President Putin made the announcement of the new draft on Wednesday, more than 2,000 people have been arrested at mass protests in the region.