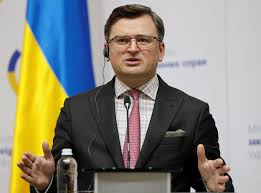 Moscow’s planned referendums seeking to annex additional territory in Ukraine will have no impact, Ukraine’s Foreign Minister Dmytro Kuleba said on Tuesday after Russian-backed officials in some Ukrainian territories “unfurled” the requests.

“The Russians can do whatever they want. It will not change anything,” Kuleba said in response to reporters’ questions at the start of a meeting with U.S. Ambassador to the United Nations Linda Thomas-Greenfield.