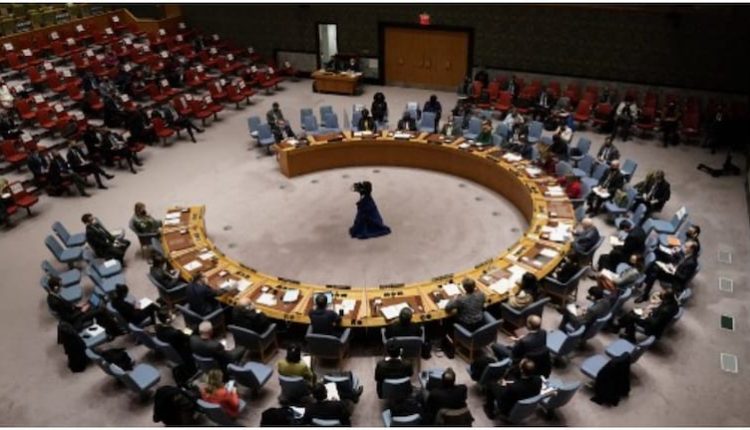 Diplomats say the three nations believe such transfers violate the resolution U.N. Security Council Resolution 2231 that endorsed the 2015 Iran nuclear deal and that they would ask a U.N. official to brief members on the issue on Wednesday.

Ukraine says they are Iranian-made Shahed-136 attack drones – loitering munitions that cruise towards their target before plummeting at velocity and detonating on impact. Kyiv moved on Tuesday to cut ties with Iran because of their use.

Separately, Ukraine has invited U.N. experts to inspect what it says are downed Iranian-origin drones used by Russia to attack Ukrainian targets in violation of U.N. Security Council Resolution 2231.

“We would like to invite U.N. experts to visit Ukraine at the earliest possible opportunity to inspect recovered Iranian-origin UAVs in order to facilitate implementation of U.N. Security Council resolution 2231,” Ukraine’s ambassador to United Nations said in a letter distributed to Council members on Tuesday.

Tehran denies supplying the drones to Moscow, while Washington says Iran’s denial is a lie.

Reports say Iran sent trainers to occupied Ukraine to help Russians overcome problems with the fleet of drones that they purchased from Tehran.

Asked about the report, a State Department spokesperson said: “While we will not comment on purported intelligence leaks, we have been warning since July that Iran was planning to give weapons to Russia for use against Ukraine.”

“There is abundant evidence that Iranian UAVs have been used to attack Ukrainian civilians and military targets, although Iran continues to lie shamelessly about its involvement,” he added.