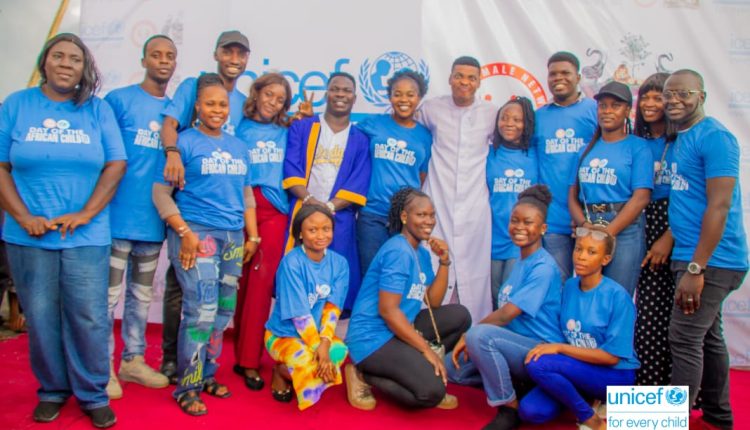 The sensitization came as the world body treated about 600 children to a concert at the Freedom Park, Osogbo, in commemoration of International Day of the African Child.

Addressing the children, the UNICEF FGM Consultant for Southwest Nigeria, Mrs Aderonke Olutayo, said children should recognize both practices as harmful to their well-being.

Olutayo explained that Female Genital Mutilation, Child Marriage and Child Trafficking, among other evils were violation of Children’s rights and must be reported to the police, traditional rulers or religious leaders in communities.

She outlined the dangers associated with Female Genital Mutilation and child marriage, advising children and adults to speak out against them.

Olutayo said, UNICEF intended to celebrate children in the state in a relaxed atmosphere while also letting them know about harmful traditional practices and how to protect themselves from such acts.

She said, “There is a lot of awareness creation among children and they know they can actually go to school and become doctors, nurses, engineers and other things they want to be rather than being on the streets, hawking.

“Through our interventions, many children now know some traditional harmful practices and how they can avoid them by speaking out against any violation of their rights either regarding Female Genital Mutilation, child marriage, or when somebody is putting pressure on them to take alcohol or any kind of drugs.

“For instance, Osun State had the highest FGM prevalence rate of 77 percent according to National Demographic Health Survey in 2003 but because of the interventions and awareness creation by UNICEF and other partners, Osun State is now on 4th position with 46.5 percent, which is significant.

“We informed the children to report any violation to the police, traditional rulers, or religious leaders because these are the people we have trained to handle these cases.”

Also speaking, the FGM Coordinator in Osun State Ministry of Health, Mrs Toyin Adelowokan, advised parents to give their children sex education and avail them of their sexual and reproductive health rights.

The Executive Director of VFN, Dr Costly Aderibigbe, urged participants to be advocates against harmful practices, especially Female Genital Mutilation which is prevalent in the state, adding that they should not allow anyone trample on their rights. 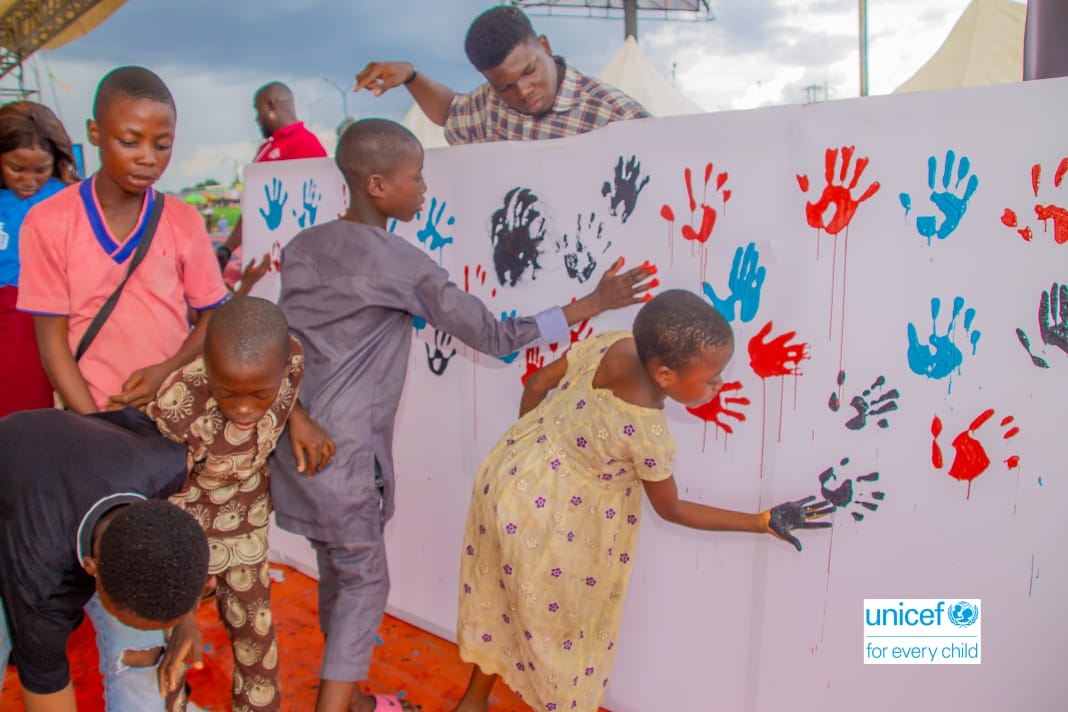 She said, “One of the highlights of this programme was that, children took out time to stamp out FGM in Osun State and they lent their voices to the campaign against Female Genital Mutilation in the state by printing against FGM with their hands.

“We decorated celebrity comedian, Woli Agba, with a badge that signifies his commitment to the movement for the eradication of FGM in Nigeria. This movement aims to recruit five million people in Osun, Ekiti, Oyo, Ebonyi and Imo states, that is one million per state.”

Aderibigbe said, the five million people would form a group of ambassadors against FGM, who would in turn make a pledge and commit to ending FGM in Nigeria.

Celebrity comedian, Woli Agba joined the Movement of Five Million People and was decorated before the children and adults present at the event.