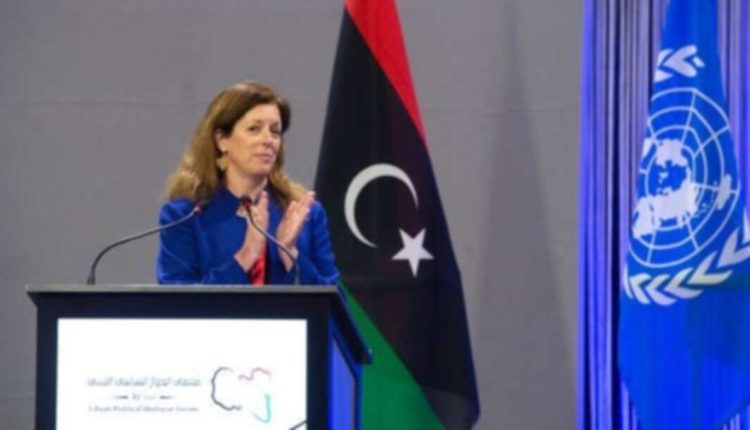 US diplomat to lead Libya mediation in Geneva- UN

The United Nations has announced that the presidents of Libya’s two rival chambers will meet next week in Geneva to try to reach an agreement on a constitutional framework for holding elections.

“I am pleased to confirm that House of Representatives Speaker Aguila Saleh and High State Council Speaker Khaled el-Mechri have accepted my invitation to meet at the UN offices in Geneva on 28-29 June to discuss the draft constitutional framework for elections,” the UN secretary-general’s special adviser on Libya, Stephanie Williams, said.

“I commend the leaders of both chambers for their commitment to seek consensus on the outstanding issues after the joint committee meeting last week in Cairo,” she added.

Meeting in Cairo from 12th to 19th June under the auspices of the United Nations, representatives of the parliament, based in eastern Libya, and the High State Council (HSC), which acts as the Senate and is based in Tripoli (west), failed to reach an agreement on the text that is supposed to govern the presidential and legislative polls that were initially scheduled to be held in late 2021.

The foreseeable holding of presidential and parliamentary elections, postponed indefinitely to December 2021, seems highly unlikely due to strong differences between political rivals and tensions on the ground, with increasingly recurrent armed clashes between rival militias in Tripoli.

Two governments have been fighting for power since March, the one in Tripoli, which was launched in early 2021 under the aegis of the UN to lead the transition to elections, and a government formed in March and supported by parliament, which has temporarily taken up residence in Sirte, as it is unable to take up its duties in the capital.

The mandate of the Tripoli-based government, led by businessman Abdelhamid Dbeibah, theoretically expired on Wednesday under the UN-brokered deal.

Rival Prime Minister Fathi Bachagha said in a letter to UN Secretary-General Antonio Guterres on Wednesday that it was now up to him to “take charge of all efforts to organise elections in Libya as soon as possible”. Libya has been plunged into chaos since the fall of Muammar Gaddafi’s regime in 2011.