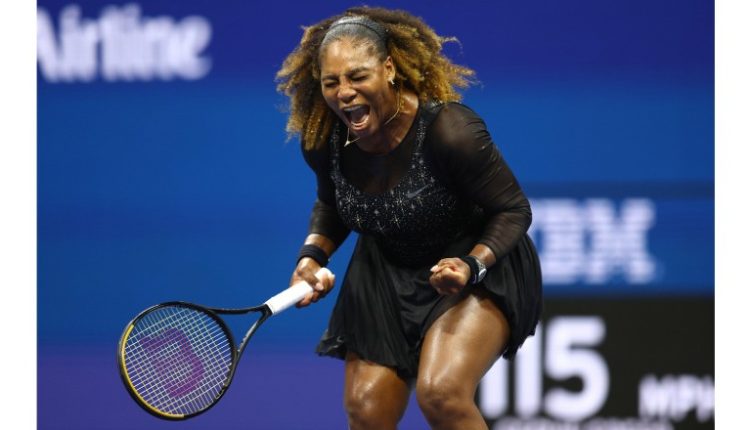 US Open: Williams Starts Farewell Match With A Win

It was an open victory of hope and celeberation, packed with entertainment, as Serena Williams extended her US Open farewell in New York.

Williams, who is set to retire after the tournament, won 6-3 6-3 against Montenegro’s Danka Kovinic.

The near-capacity 25,000 crowd on Arthur Ashe Stadium willed on their idol, who responded in typical determined style.

By this result, William 40, will play Estonian second seed Anett Kontaveit in the second round on Wednesday.

The 23-time Grand Slam singles champion, who is one short of Australian Margaret Court’s all-time record, is also playing in the doubles alongside older sister Venus, adding another exciting element to what she hopes will be a long goodbye this fortnight.

Her first assignment was beating Kovinic, ranked 80th in the world, and there was a thunderous noise when she took the first of three match points to ensure her singles career was not over yet.

Williams jumped on the spot when Kovinic’s backhand return hit the net, then twirled ecstatically in the centre of the court before blowing kisses to her adoring fans when she had returned to her seat to soak in the occasion.

On how occasions like this affect her plans, she said “It’s extremely difficult still because I absolutely love being out there.

“The more tournaments I play, I feel like the more I can belong out there. That’s a tough feeling to have, and to leave knowing the more you do it, the more you can shine.

“But it’s time for me, you know, to evolve to the next thing. I think it’s important because there’s so many other things that I want to do” Williams said.