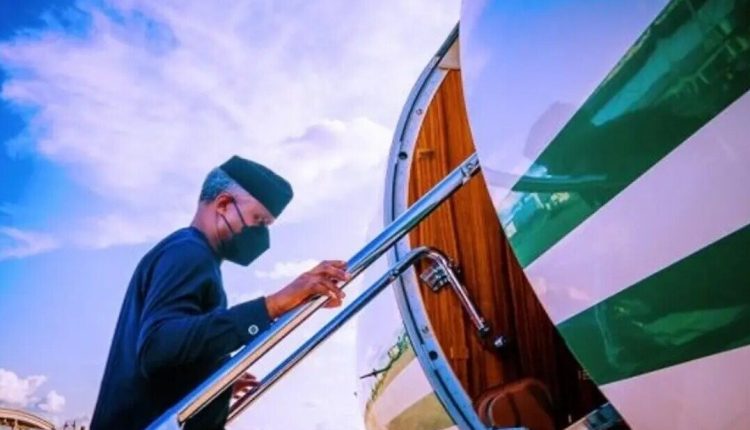 Vice-President to participate in Africa CEO Forum in Abidjan

Nigeria’s Vice President, Yemi Osinbajo, on Sunday departed Abuja for Abidjan, Cote d’Ivoire to participate alongside other leaders in the continent and beyond, at the annual summit of the Africa CEO Forum taking place from the 13th–14th of June, 2022.

The forum (organised by Jeune Afrique Media Group in collaboration with the International Finance Corporation, an arm of the World Bank), is Africa’s largest private sector event which features conferences, debates and high-level meetings dedicated to highlighting the role of the private sector in the development of the continent.

Spokesman for the vice president, Laolu Akande said in a release that Prof Osinbajo would join President Nana Akufo-Addo of Ghana, other business and political leaders in the opening panel in discussing the topic “Economic Sovereignty: From Ambition to Action.”

Akande said: “The Vice President will also hold bi-lateral meetings with different stakeholders including United Nations SG’s Special Advocate on Inclusive Finance for Development, her Majesty, Queen Maxima of Netherlands and the Managing Director of the International Finance Corporation, IFC, Makhtar Diop among others.”

According to Akande, the VP, who is accompanied by the Special Adviser to the President on Economic Matters, Ambassador Adeyemi Dipeolu, is expected back later on Monday.

June 12 is more than just a date – Senate President