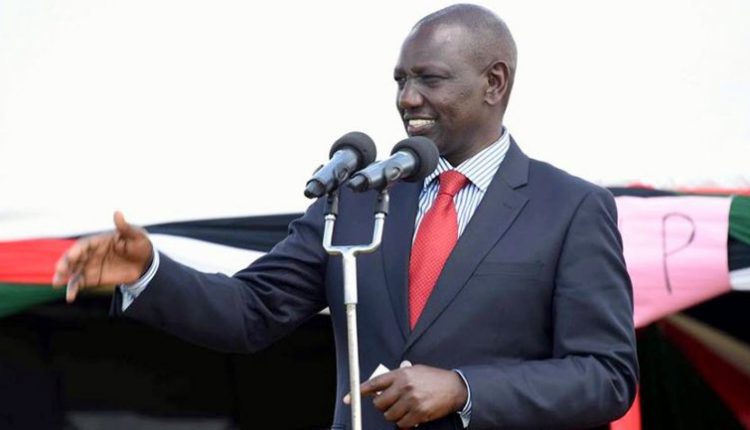 Kenya’s incumbent Vice President, William Ruto has been declared the winner of the just concluded presidential election in the East African country.

The declaration of Ruto as President-Elect was made by the Independent Electoral and Boundaries Commission (IEBC) after a nearly 6-day tallying exercise at the National Tallying Center at Bomas of Kenya in Nairobi.

Odinga, a veteran opposition leader, was making his fifth stab with the backing of the ruling Jubilee Party led by President Uhuru Kenyatta.

Of the 47 counties, the leader of the Kenya Kwanza Alliance garnered over 25 per cent of the vote in 39 counties.

IEBC Chairperson Wafula Chebukati, who addressed the nation at 6 pm, three hours after an earlier slated time, said Ruto also garnered 25 per cent of votes in twenty-four counties in line with the requirement to secure the threshold in half of the counties.

Chebukati who said he had been intimidated and harassed said two of his commissioners  Boya Molu and Abdi Guliye were injured. He said Hussein Marjan had also sustained injuries from skirmishes at the National Tallying Center.

The delay was occasioned by a standoff after Azimio Chief Agent Saitabao Ole Kanchory declined to sign the results form citing unverified intelligence reports that the election was compromised.

“IEBC officials actually committed electoral offences and some of them ought to have been arrested if they were not arrested,” Kanchory claimed to add he was not in a position to ask his candidate to honour the IEBC’s invitation.

An hour after Kanchory’s announcement four IEBC commissioners led by Vice Chairperson Juliana Cherera convened a press conference and said they could not endorse the results verification process describing it as ‘opaque’.

“We’re here because of the opaque nature of how this phase has been handled and we cannot take ownership of the results that will be announced,” Cherera stated flanked by Commissioners Francis Wanderi, Irene Cherop and Justus Abonyo.