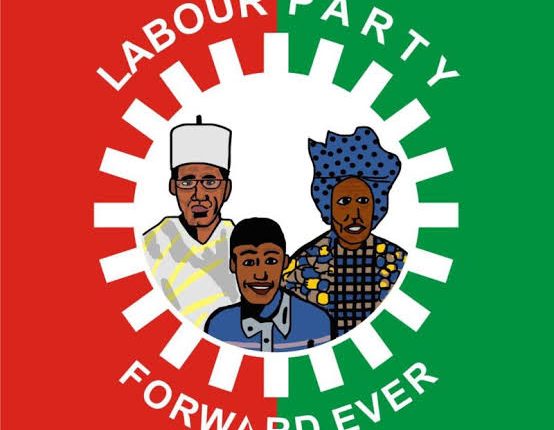 On Aug 14, 2022
0 258
Share
The  Labour Party (LP)  says it had not  appointed  Mr Charles  Okadigbo  as its spokesperson as announced by Prof. Pat Utomi .
A statement signed by  Mr Arabambi  Abayomi, National Publicity Secretary on Saturday in Abuja,  said that the National Consultative Front (NCF ) had no constitutional power to make appointments for the party .
Abayomi  said  that only the National Chairman, Julius Abure, could do that .
“Our attention has been drawn to the news intercepted through multiple news medium  that one Mr Charles Okadigbo has been appointed as the  Spokesman of Labour Party by Prof.  Pat Utomi.
” It is not undisputed that  LP has not made such appointment since Utomi  who is  the leader of NCF cannot usurp the function of the National Chairman .
“For the records , Utomi who is the leader of the NCF , a strong affiliate of the LP , while in a zoom meeting introduced Charles Okadigbo as the Media Head of the “Big Tent” , an acronym for the NCF and  No mention of LP was made on that platform.
“All appointments by the LP are made through the office of the national chairman and announcement made by  the national publicity secretary under the directive of the national chairman ,” he said.
According to Abayomi , for emphasis and clarity, Article 14 sub section 1(a) of the Labour Party Constitution states as follows:
”The national chairman shall give leadership to the party and shall preside over all meetings of the National Executive Council and the National Working Committee of the party.”
He said the constitutional provision quoted above,  vested the power  of all appointments and leadership only to the person and the office of the national chairman.
“LP now uses this opportunity to say  the LP is guided by the constitution in all its activities.
” As  such,  all members of the party as well as interested members of the public presently in LP should from here on, take serious caution that the function of the national  chairman as head of LP is not in question,” he said.
Abayomi, therefore,  urged  that everyone to  obey the constitution of the Labour Party and be guided by the party’s directives .