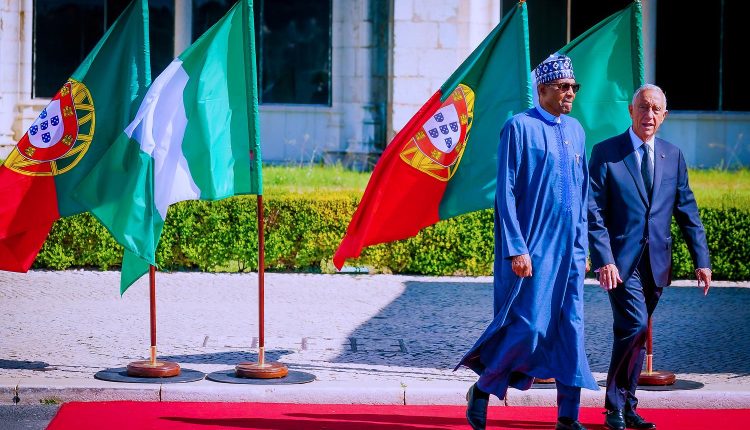 “We will help sustain Democracy in West Africa”-President Buhari

In continuation of his ongoing State Visit to Portugal, President Muhammadu Buhari on Thursday told the Portuguese Parliament Speaker that Nigeria will continue to seek consensus on the full resumption of democratic governance throughout the West African region.

Reacting to prolific commendations by President of the Portuguese Parliament, Augusto Santos Silva on the role Nigeria is playing under the Buhari-led administration, in stabilising West Africa and Guinea Bissau in particular, President Buhari regretted that three countries in West Africa have slipped back to undemocratic, a military rule saying that the former Portuguese colony was lucky to have survived those attempts.

While attributing some of these reversals to the process of development that the new nations will pass through, he said Nigeria will continue to work within the framework of the Economic Community of West African States, Ecowas, to reverse the unwanted situation, stressing that “we have to go back to proper democratisation.”

In the failed attempt to topple the elected government of Guinea Bissau, President Buhari said in the process of national development, there are no shortcuts, expressing strong confidence however that the problems will be overcome. “We will try to support him (meaning Oumarou Sissoco Embalo, the Prime Minister of Guinea Bissau).”

President Buhari said his visit to the parliament where he was honoured with a ceremonial parade and a standing ovation inside the chamber by its 120 members was an eye-opener to things he had read in history books in his school days. 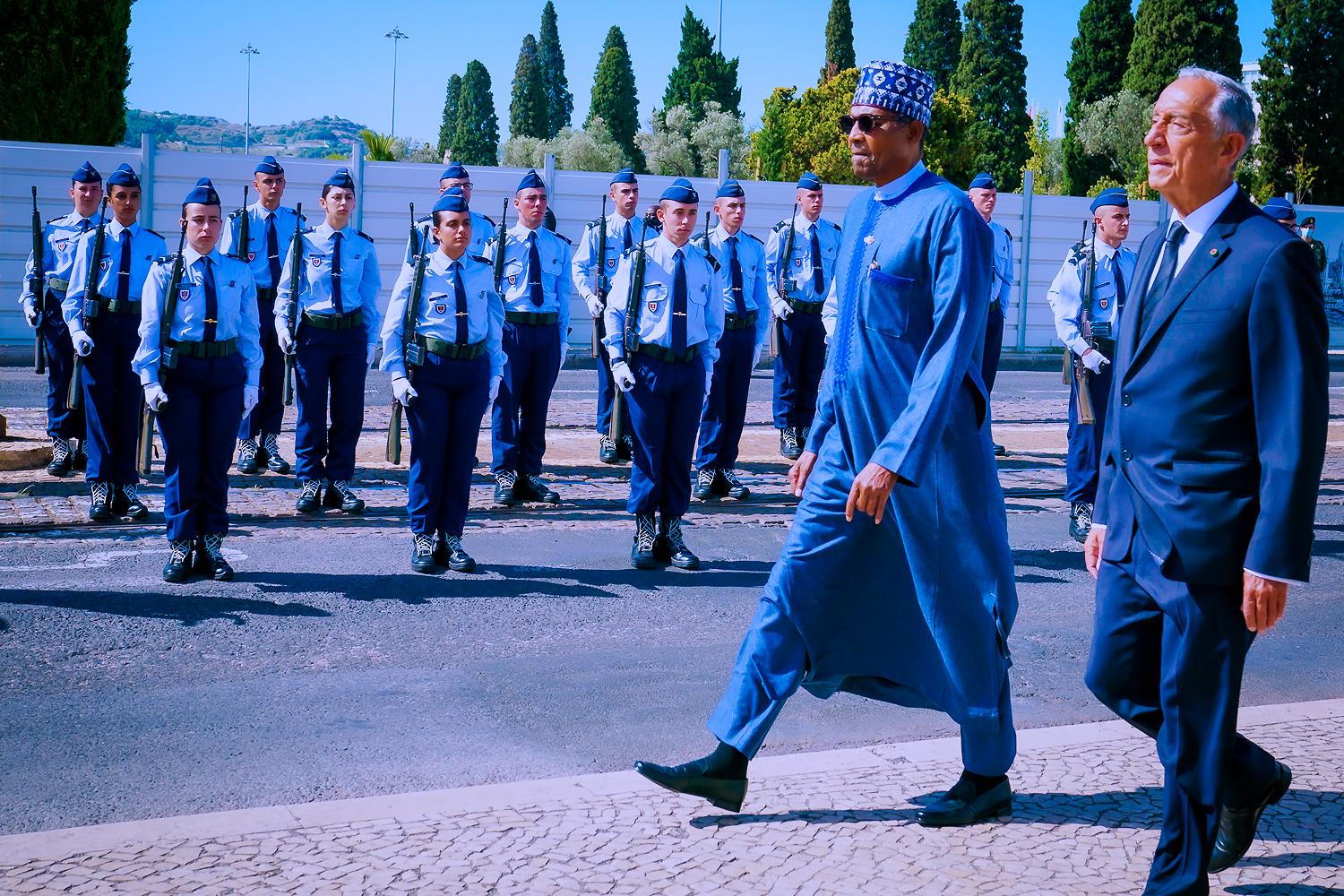 In an entry into the “Book of Honor” at the Parliament building, President Buhari said:

“My visit to the Portuguese National Assembly is to underscore the strong relationship between Nigeria and the Portuguese Republic, focused on cooperation, respect for global inclusiveness, promotion of investment and trade and adherence to international rules and norms.

“The constraints of the past are behind us and the foundations of a bright, strong future are being put in place by our two governments. There is much to be done in the field of trade, energy, security and other areas.

“As democracies, our systems require parliamentary support for the sort of engagements we want to have in place between our two independent countries. So far, I am encouraged by the signals and responses to the historic and great partnership we envisage between our two great nations.”

The President of the Parliament, Augusto Silva expressed happiness with the visit of a Nigerian President 17 years after the last one, expressing gratitude for Nigeria’s reliable supply of Liquefied Natural Gas, the continuing collaboration in the fight against terrorism in Africa, the patronage of a Portuguese company in the construction of the Kano-Maradi railway line and for the support of the Nigerian government for the elected government of Guinea Bissau.

He gave assurances of the continuing role of Portugal as a bridge and ladder between Africa and Europe.