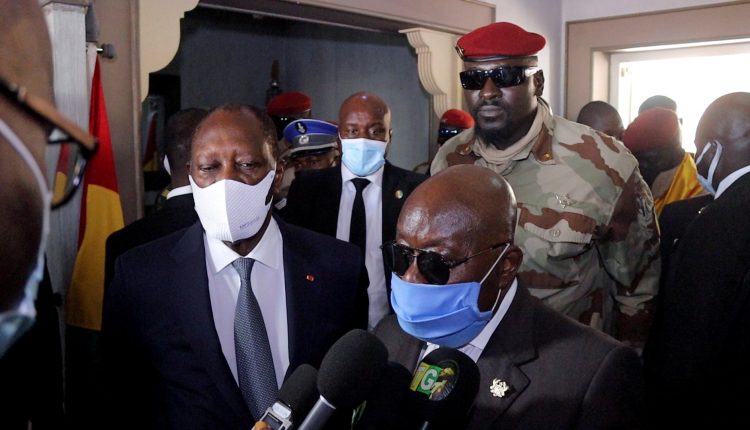 As Malian authorities held a traditional military parade on Thursday to mark the country’s independence day in the presence of the head of Guinea´s military junta, Col Mamady Doumbouya,  West African leaders were in a meeting in New York on the sidelines of the UN General Assembly.

They agreed at the emergency summit to impose gradual sanctions on Guinea’s junta over its inflexibility in setting a date to return to civilian rule.

A meeting summary said that the leaders agreed on “gradual sanctions” on a list of people linked to the Guinean junta who will be identified “very soon” by the bloc’s leadership.

The West Africa bloc has been struggling with a string of military coups in the region in the past two years.

Mali underwent coups in August 2020 and May 2021, followed by Guinea in September 2021 and Burkina Faso in January.

Ecowas had condemned the arrest of the Ivorian soldiers and had decided to send the presidents of Ghana, Togo and Senegal to Mali to obtain their release on Tuesday, September 27.