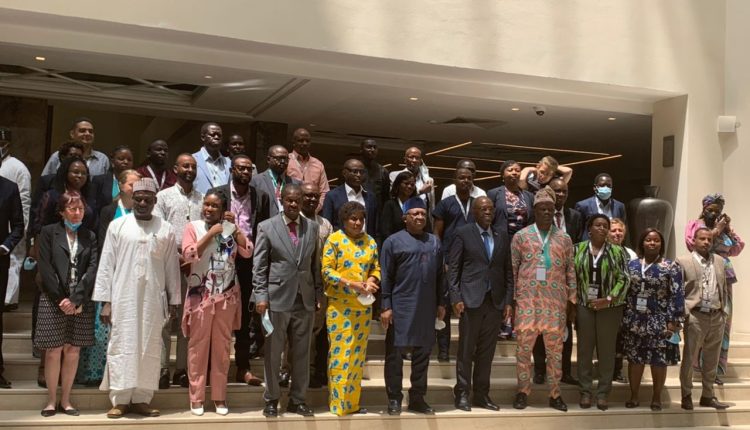 The World Health Organisation (WHO) has organised a training on oral cholera vaccine request and campaign planning for health workers in Nigeria.

READ ALSO: WHO to conduct training on integration of oral cholera vaccine

The training aims to integrate OCV into the emergency and preventive measures of cholera in Nigeria.

He said that the expected vaccines will ensure the implementations of two campaigns in fourteen Local Government Areas in Nine states of Nigeria, including the Federal Capital Territory (FCT).

He said that the expected vaccines would significantly mitigate the risk of an upsurge of cholera cases, especially during the rainy season.

Mr Mulombo explained that over 1.7 million persons are already vaccinated with two doses of OCV across Seven LGAs in the four states of Bauchi, Jigawa, Yobe and Zamfara.

“Working in line with the preparedness towards future campaigns, we believe that the recently approved GTFCC application for Nigeria with approximately 9million doses of OCV to implement two campaigns in 14 LGAs in 9 states, including the Federal Capital Territory, would significantly mitigate the risk of and upsurge of cholera cases during this raining season.
However, we wish to further reiterate the need for the early allocation and shipment of these vaccines to ensure these vaccinations and carries out sooner than later“. Dr. Mulombo said.

Mr Molumbo also said that Nigeria has degraded its biggest Cholera outbreak which commenced in 2021 with over 100,000 suspected cases reported.

Mr Mulombo reiterated the need for early allocation and shipment of these vaccines to ensure the vaccinations are timely.

“We are calling upon all member states to embrace the one health approach to respond to cholera outbreak,” he said.

He advised that all opportunities of vaccination campaigns are used to specifically target areas with huge zero doses and ensure that those often-missed children are not only offered OCV but opportunities for all routine vaccination.

He said that all of these challenges must be urgently addressed for countries to win the fight against cholera.

“We are confident that the opportunity of this training will not only help improve on the gaps identified but also ensure that countries are better prepared to request, plan and implement quality campaigns with OCV as part of their national cholera control plans and further contribute the long-term goal of ending cholera by 2030,” he said.

In his remarks, the Nigerian Minister of Health Dr. Osagie Ehanire commended the WHO for the laudable and desirable initiative.

Mr Ehanire described the OCV as a tool for prevention and control of cholera outbreaks, “which has become a recurrent seasonal public health challenge in many low and lower-middle-income countries, like ours, despite efforts at control.”

He said that the traditional measures for cholera prevention and control have been to provide potable water and improve hygiene and sanitation noting that the OCV is an additional tool in fighting cholera outbreaks in the country.

“Science has over the years, risen to the task, with the development of OCV, now certified as effective enough to be recommended for disease prevention and control. I therefore welcome this training as a prelude to equitable access to this vaccine and another step towards our goal of better health for all. I believe it will strengthen our health system by reducing, or even removing one more public health nuisance by vaccination,” Dr. Ehanire said.

The Cholera control effort in Nigeria is a holistic one including more than just vaccination.

The World Health Organisation (WHO)