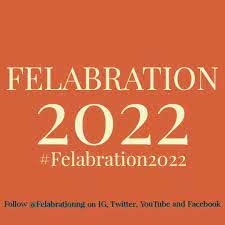 Felabration, an annual festival of music and arts commemorating the life and times of the late Fela Anikulapo-Kuti, will see a total prize-winning of N500,000 awarded to winners at the sixth edition of the festival’s artwork competition.

Onyekachi Nwanya, the Head, Social Media for Felebration Artwork Competition, made this known in an interview with the News Agency of Nigeria (NAN) in Lagos on Thursday.

Nwanya said that the competition was coming after a call for entries to artists ahead of the 2022 edition of Felabration themed, “Fear Not 4 Man”.

Nwanya also said that three winners were expected to emerge in the arts competition with the winner of the competition going home with N250,000, while the first runner-up and second runner-up would go home with N150,000 and N100,000 respectively. 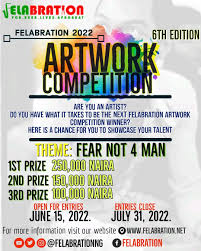 He said the submission portal for the artwork competition opened on June 15 and would close July 31.

According to him, the competition is open to contestants and participants worldwide.

Nwanya said that over the years, Felabration had provided a platform to stardom for young creatives and had continued to be a fantastic opportunity for global recognition in the world of arts. 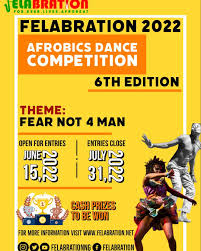 “The exhibition of the artwork and selection of the winners of the Felabration artwork competition as it is known will be held at the New Afrika Shrine.

“The judges will decide the winners after which they will be announced at a ceremony in the months of Felabration.

“Other events lined up for Felabration 2022 include the Felabration Afrobics dance competition, the 10th edition of the Secondary Schools Debate.

“The symposium also known as the FELA DEBATES, a Fela themed Fashion show, The Dress Like Fela Day,” he said.

Nwanya said that it would be a-seven day of music concerts featuring Nigerian and international artistes and “The Felabration Ladies” webinar.