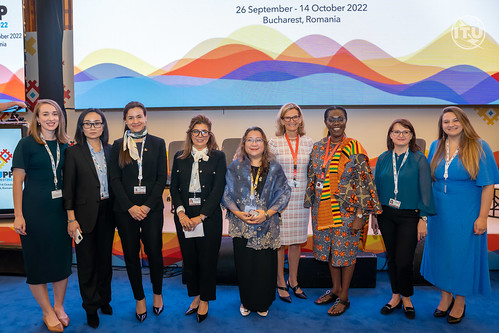 The Information Communications Technology, ICT, sector has traditionally been male-dominated with women making up only about 17% of the tech workforce worldwide.

Though the sector has been growing continuously and experiencing significant skill shortages, the gender gap has been closing very slowly.

For this reason, a day after the first woman was elected as Secretary-General of the International Telecommunication Union (ITU), women at the organisation’s Plenipotentiary Conference (PP-22) gathered for a networking breakfast and high-level panel.

The women’s breakfast was jointly organised by ITU, host country Romania, and Australia, which provided financial support and training for 100 women delegates to take on leadership roles at PP-22. 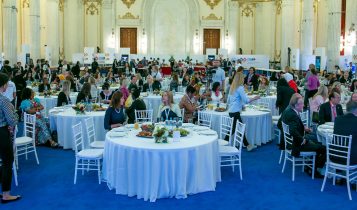 ITU Secretary-General, Houlin Zhao commended the delegates at the breakfast, noting the “wonderful result” of Doreen Bogdan-Martin’s election as the next Secretary-General of the 157-year-old organisation.

For the last 75 years, ITU has kept pace with an evolving landscape as the United Nations specialised agency for information and communication technologies (ICTs).

Congratulating the Women, Zhao said;
“Now we have a new era, you are a good example of how women can show their talent and contribution to ICT development and ITU activities. Without your active participation in our meetings, or your efforts to improve gender balance, we could not be here today.”

Secretary-General-elect, Doreen Bogdan-Martin said; “Looking out at all of you fills me with hope – there are so many competent women here, but women’s participation at PP-22 still only amounts to 33 per cent, we have to do better,

Bogdan-Martin said, echoing Apple CEO Tim Cook’s observation that “there are no good excuses for not having more women in technology. We have to do more.”

She encouraged the women delegates to keep up the momentum of recent years, with more girls and women taking an interest in traditionally male-dominated technology careers, along with the associated policy processes.

Bogdan-Martin said; “I hope we can count on each of you to take an action: mentor other women, support them. Now the real work begins.

“Let’s aim at the next Plenipot to have 50 per cent or more women leaders.”

Sărmaș said; “You are living proof that women belong and deserve to be at the table of ICT.”

Ghana’s Minister for Communications and Digitalisation, Ursula Owusu- Ekuful said crossing the “psychological barrier” of more than 30 per cent of delegates being women is a great achievement. ”

She affirmed that “We can’t go below that. We can exceed that. I look forward to the next Plenipot, where we will achieve 50 per cent and more Nationally.”

Owusu- Ekuful said, “Our focus is on narrowing the gender divide by implementing concrete programmes to make sure we have more women at the table based on merit, not in a patronizing manner just to make the numbers.”

Commissioner of the Iraqi Communication and Media Commission (CMC), Ava Nadir, who leads initiatives on Women’s empowerment and digital inclusion said;
“We are drafting a policy to support protecting women and children online from cyberbullying, and the different threats that come with the privilege of connectivity.”

Head of Moldova’s E-Governance Agency, Olga Tumuruc described steady but incremental progress for women in government and the industry.

Tumuruc said; “Five years ago, we were few women, not involved in ICT but administrative work. Now we are more than half, with many leading and managing complex, difficult projects that are real game-changers at the national level.”

Chair of the State Communications Agency of Kyrgyz Republic, Abdullaeva Sadykbaevna said; “My country is paying attention to inclusive growth.

“Our strategy for sustainable development until 2026 is about the necessity to ensure economic improvement of women, increasing their representation at the decision-maker level.”

Jocelle Batapa-Sigue, Undersecretary of the Department of Information and Communications Technology (DICT) of the Philippines, shared why she champions job-creation initiatives.

“Today, I am proud that the [country’s] five million online freelancers, who are part of a robust and steadily growing economy, is composed of 60 per cent women digital workers,” she said, adding that her government carries out projects “towards upskilling our women population, in emerging technologies particularly.”

She said; “We are in a historical moment – everything is changing very fast.

“We need to thank Doreen [Bogdan-Martin] and every woman that precedes us for all the work that came before. Now we are here. All the work we do will help those that come later.”

One of the moderators of the panel Lisa Gittos, First Secretary at the Australian Permanent Mission to the United Nations, echoed these sentiments, encouraging delegates to take the conversation with them as they headed to another day of plenary discussions.

“Gender equality is about more than just a breakfast,” she concluded. “It’s about every decision you make in your negotiations, She added.