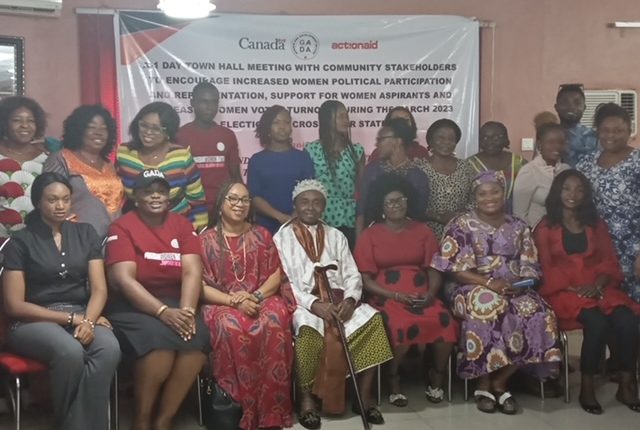 Women have reiterated the commitment to mobilize support for increased and sustainable participation in Nigeria’s political space especially as the 2023 elections draw near.

The decision was reached at a one-day town hall with community stakeholders to encourage increased women’s political participation and representation as well as garner support for female contestants and voter turnout in Cross River State, south-south Nigeria.

The participants at the town hall, which was organized by the Gender And Development Action Centre for Educational Training and Development Activities, GADA-CETDA, with the support of ActionAid and funding from Global Affairs Canada agreed to embark on intensive sensitization across the state after an extensive deliberation at the meeting held in Calabar.

Downward trend
Preceding deliberations at the meeting, in a lecture titled “Encouraging Women’s Political Participation and Representation in Nigeria,” Dr Esther Archibong of the Department of Social Works, University of Calabar noted that the number of women actively involved in politics was on the decline. 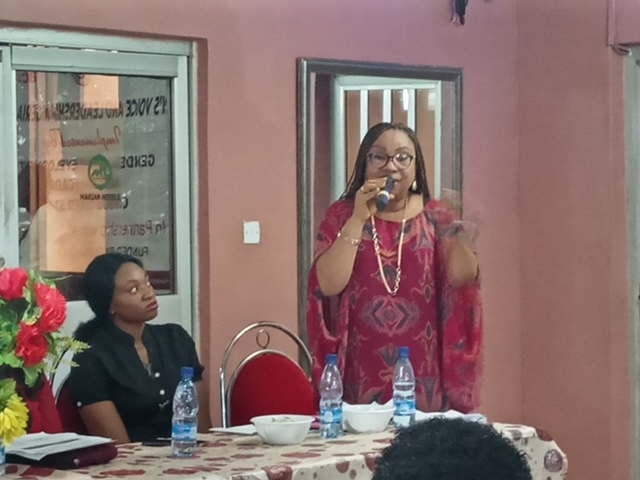 Dr Archibong attributed what she described as the sustained poor representation and gender imbalance in Nigeria’s political space to patriarchy, cultural barriers, intimidation and the entire political structure of the country.

“Women’s representation in elected and appointed office has not only failed to increase but appears to be in decline. Currently in Nigeria’s House of Representatives, out of 360 members, only 18 are women, Senate has 7 out of 109. The same trend runs down all levels of governance in states and local government areas.

“There are no female governors; only 2 females are deputy governors. Statistics indicate that 31 women are local government chairmen, 73 are vice-chairmen and only 368 are councillors of 2,075. This cannot continue,” she stressed.

Build confidence
According to her, more women can be encouraged to show interest and participate in politics through constant training and mentoring on human rights, leadership, communication, and campaign management to enhance their desire to build the confidence of young women to aspire for decision-making positions.

Archibong also suggested that there was a need for “legislative changes to provide for a quota system that would reserve a fraction of electoral positions for women; provide financial support and empowerment to assist women to improve their socio-economic status as well as ensure that only women, who are efficient and have the capacity to lead vie for elective positions.” 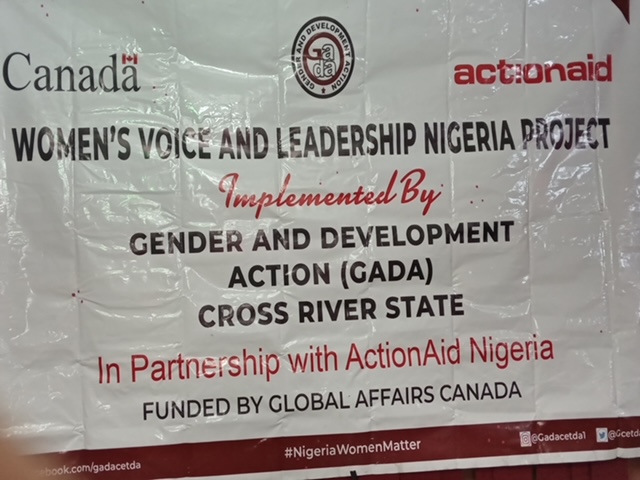 She further urged the media to provide free and increased coverage of women’s political activities as a way of encouraging more participation, noting “the media need to be deliberate and provide the space for increased women participation in politics rather than prioritize commercialization of such activities.”

Strong voice
In a remark, the representative of the Cross River State Ministry of Women Affairs, Mrs Iyemi Ogban lamented the poor participation of women and the recent political primary elections and general apathy towards political activities as well as the ongoing voter registration exercise in Nigeria.

Ogban noted that women by the percentage population ratio to men were still a strong voting force, which “if properly mobilized can significantly determine the leadership of this country. This strength can be actualized if women massively obtained their voters’ card.”

Earlier, the Project Coordinator of the Women’s Voice and Leadership Nigeria Project, Mrs Francisca Effiom remarked that the town hall was aimed at addressing the low participation of women in decision-making.

Effiom noted that the inadequate number of women in decision-making positions has affected the country’s investment resulting in slow progress in crucial development sectors.

She explained that the project with the support of GADA would not relent in creating awareness and sensitizing women as well as other stakeholders “to work assiduously in ensuring women are mobilized to go out and vote and be voted so that their voice may be heard.”

The meeting featured goodwill messages from the Independent National Electoral Commission, INEC as well as the Centre for Gender Development at the University of Calabar.