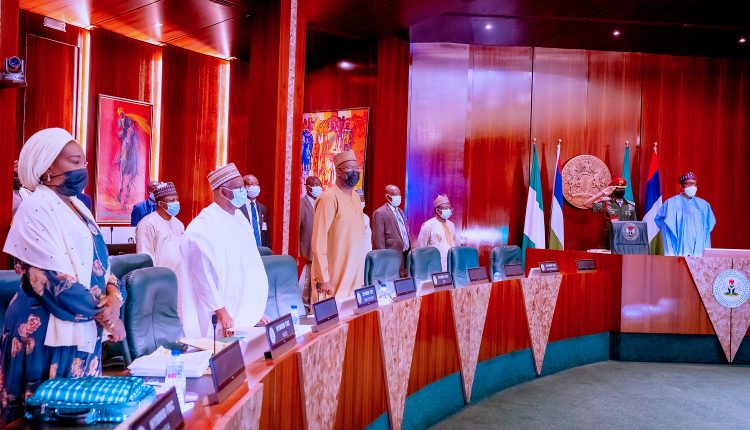 Works Ministry Gets N14bn For The construction of Kano Road

Nigeria’s Cabinet has approved the sum of N14.09 billion as augmentation of the contract sum for the construction of a road in Kano State, North-West Nigeria.

Minister of Works and Housing, Babatunde Fashola, who revealed this to State House Correspondents, said the contract was inherited from previous administrations but the Muhammadu Buhari administration is determined to complete it.

“The Ministry of Works and Housing presented a council memo to get approval for the augmentation of the contract price for the completion of the Kano Western bye-pass which we inherited. The project had essentially not been funded in previous budget years.

“We are now executing it by the Sukuk Bond. Council considered and approved the augmentation which was for N14.095 billion. Some of the items covered by the augmentation include the old amount for Value Added Tax (VAT), which was increased from 5-7.5 percent.

“Others are the need to construct a flyover at Dawano International Market interchange and also the need to construct more hydraulic facilities to help drain water especially in the parts of the road that pass through the city centres and towns and the council approved this,” he explained.

Fashola added that when completed, the road will link the Kano-Maiduguri highway which is almost completed.

He also said the Ministry sought the council’s approval to use the funds approved for the construction of a trailer park along the Enugu-Portharcourt highway, to complete the main carriage way.

‘This is because of the litigation we are facing from the communities where the trailer park is to be located, whose land was acquired for the construction of the park. In order not to delay the completion of the main carriageway and also in order to optimise today’s pricing, we sought approval and council approved that based on the recommendation of the Bureau for Public Procurement,” the Works minister explained.