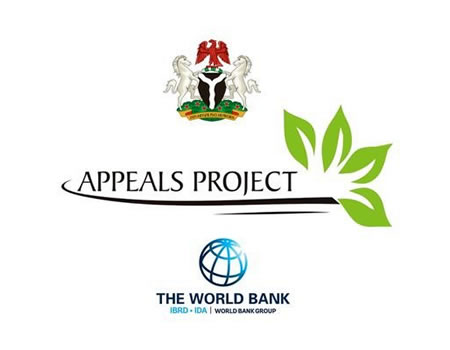 The World Bank has commended the Kogi State Coordination Office of the Agro-Processing, Productivity Enhancement and livelihood Improvement Support (APPEALS) project for contributing to the attainment of the project development objectives and food security in the state.

The commendation was given by the World Bank Task Team Leader for the project, Dr Adetunji Oredipe during the 8th Implementation Support Mission (ISM) visit to the State held in Lokoja.

The visit was aimed at reviewing project implementation progress across all project components and ensuring that the project is on track to achieve its objectives.

The visit had in attendance the Deputy Governor of Kogi state, Chief Edward David Onoja, representatives from the World Bank, Federal Ministry of Agriculture and Rural Development, the National coordinating office of the APPEALS project as well as other top government officials.

Dr Oredipe said “this project when we started we agree that it should work for your state, it should support the agricultural programmes, if it is not doing that or if it has not done that so far then we are not doing the right thing.

“But from where it sits, I can see that all the components, all the activities that this project has been trying to implement in Kogi state are actually supporting your state programmes”

The Deputy Governor of the state and the Chairman State Steering Committee for the Kogi APPEALS Project commended the effort of the project is impacting the lives of farmers in the state.

He commended the leadership of the state project coordinator, Dr Sanni Abdullahi Ozomata for the achievements recorded so far, saying Kogi State has justified its reputation of being the leading State in the implementation of the APPEALS project vision.

He further recommended that a similar value-based model as operated by the APPEALS project be adopted across various sectors of the Nigerian economy to enhance the living conditions of the people.

Earlier in his welcome address, the APPEALS State Project Coordinator, Dr Sanni Abdullahi Ozomata presented a scorecard of the project in the state across the different components of the State aimed at achieving the project development objectives.

He appreciated the state government for providing the enabling environment for the project to succeed in the state.

Since its inception in 2018, the APPEALS project has successfully enhanced the productivity of over eight thousand farmers in the state across the three value chains of rice, cashew and cassava.