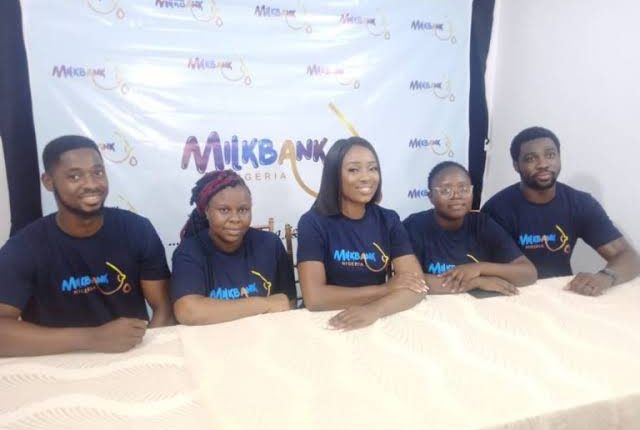 The Milk Booster, a company that produces lactation products that help increase breast milk supply, introduced the first MilkBank in Nigeria in commemoration of the 2022 World Breastfeeding Week, with the theme, Set up for Breastfeeding: Educate and Support.

Dr Chinny Obinwanne-Ezewike, Founder/Chief Executive Officer (CEO), Milk Booster, said that the MilkBank initiative was geared towards providing pasteurised donor breast milk for pre-term, low birth weight and other vulnerable infants in order for them to enjoy the enormous benefits of breastmilk.

Obinwanne-Ezewike is also a Lactation Consultant and member of the Academy of Breastfeeding Medicine. She said the idea to launch the Milkbank arose having been helping over 50,000 babies get more breast milk from their mothers through Milk Booster products since five years ago.

She explained that the World Health Organisation (WHO) had recommended that when a baby cannot get breastmilk from their mother, the next best option is donor milk before considering infant formula. Obinwanne-Ezewike said that WHO have advised mothers to breastfeed their babies exclusively for six months with extended breastfeeding for two years and beyond.

The lactation consultant stated that breastmilk is very important for babies but not all mothers can produce enough milk or produce at all, such as the surrogate mother, working class mothers, hence the need for the MilkBank to bridge the gap.

She expressed disappointment that Nigeria ranked third highest in the number of pre-term birth across the world and first in infant mortality rate in Africa. According to her, when pre-term babies get breastmilk, their stay in the hospital is reduced and risk of contacting the most common sicknesses that eats up their guts system is significantly reduced.

Obinwanne-Ezewike noted that the absence of donor breastmilk in Nigeria had created a misconception that the infant milk and breastmilk are equivalent.

“A human baby should get a human breast milk and mothers must not consider giving their babies processed cow milk.

“Cow milk is for calf and not human babies. The benefits of breastmilk goes as far as increasing chances for survival and protecting the babies from several sicknesses within our community.

“Five percent of babies within the ages of zero to five years die yearly in Nigeria because of sub-optimal breastfeeding.

“Feeding our babies with breastmilk will ensure that they are not part of the infant death statistics due to our sub-optimal breastfeeding.”

According to her, Nigeria has the capacity to sustain her babies born either pre-term or full-term by ensuring they are breast fed to give them a chance to live healthy. She urged government, individuals and organisations to support the MilkBank project to enable mothers in the rural areas to also enjoy the facility.

“We already have over 165,000 Milk Booster Community Mum, who are always ready to donate breastmilk free of charge and educating more to also do same.

“Mothers that donate excess milk must be aware that there are babies whose mothers can’t produce same and needs their excess milk.

“They produce the milk, we process it and pass it onto the babies who need it for survival to reduce Nigeria’s infant and neonatal mortality rate.

“We only charge the receivers about N20,000 used to process and screen the breastmilk to ensure that it is safe for consumption.”

According to her, the primary recipients of the breastmilk as prioritised by the company would be low birthweight babies, sick premature babies in the Intensive Care Units, premature babies doing well before the sick full term babies and other demands.

She said the MilkBank would service the general hospitals, government hospitals, private hospitals and surrogate agencies. She stated that the firm had invested over 15,000 dollars into the community based milk bank facility.

In her remark, Dr Mobolaji Olajide, Lecturer 1, Department of Nursing, University of Lagos, emphasised the need for Nigerian mothers to be educated and embrace the MilkBank which is already a global practice.

She said its high time we give babies whose mothers cannot produce breastmilk or produce in low quantity an opportunity to enough access to breastmilk officially. She called for aggressive sensitisation on the need to dissuade superstitious cultural and religious belief that accompanies exchange of breast milk.

“Why would some Nigerians mothers prefers not to accept to give their babies breastmilk from their fellow human being but prefers that of a cow? All the myth surrounding cross breastfeeding is just a superstition.”