On Day 13 of the Qatar 2022 FIFA World Cup, Voice of Nigeria previews the upcoming fixtures scheduled to take place on Friday as Africans Ghana takes on rivals Uruguay with Portugal facing South Korea in Group H, while Cameroon will be looking to do the impossible when they face Brazil and Serbia challenging Switzerland in Group G.

On Day 12, Morocco became the first African nation to top a World Cup group since Nigeria in 1998, beating Canada 2-1 to progress while Croatia dumped Belgium out after a 0-0 result. Japan and Spain also advanced with the Asians beating the Europeans 2-1, while Germany were eliminated despite a 4-2 victory against Costa Rica. 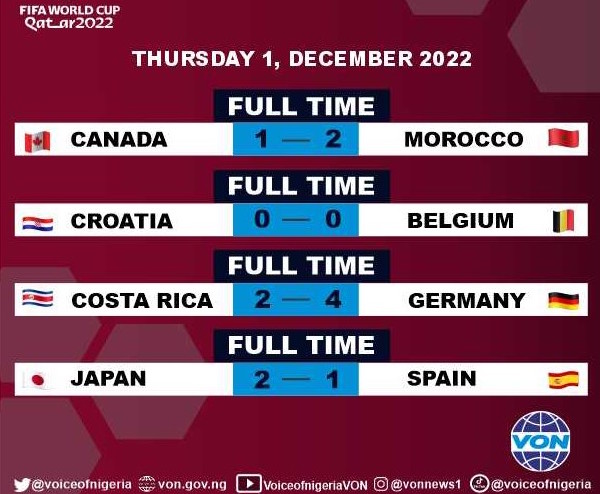 Japan will now face Croatia in the Round of 16, while Morocco will battle Spain.

Rivals Ghana and Uruguay will face off at the 2022 FIFA World Cup by 4pm (Nigerian Time), at the Al Janoub Stadium in the city of Al Wakrah, Qatar. 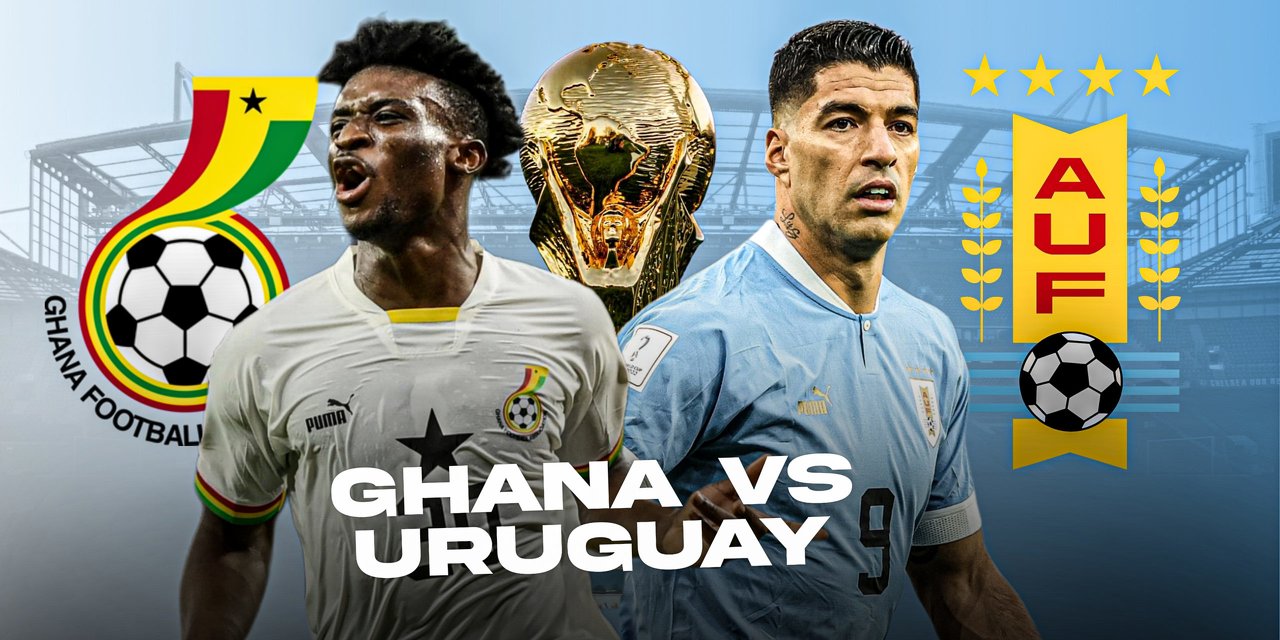 It’s been 12 years since the famous handball incident by Uruguay striker Luis Suarez off the line, that denied Ghana a last-minute winner in the quarter-finals of the 2010 FIFA World Cup in South Africa.

The former Barcelona striker Suarez was sent off and Ghana were awarded a penalty in the 120th minute, which Asamoah Gyan missed. Uruguay went on to win the following penalty shootout and break Ghanian hearts at the World Cup.

“I don’t apologise,” Suarez said at a press conference when asked if he would apologise for the incident ahead of the must-win encounter for Uruguay.

“The Ghana player missed a penalty, not me. I was sent off. If I injured a player I would apologise.”

Uruguay have recorded only one (1) point in the tournament, drawing 0-0 with South Korea in its first fixture and losing 2-0 to Portugal in the second match.

The South Americans will be looking to end its goal drought in the competition with forwards like Edison Cavani, Darwin Núñez and Luis Suarez, as Uruguay will need a win to stand any chance of qualifying. Also, Uruguay will be hoping that South Korea do not win or draw Portugal to stand a chance if they beat Ghana.

Ghana heads into the game with three (3) points, losing 3-2 against Portugal in the first match and then beating South Korea 3-2 in the second fixture.

A win for the Black Stars would guarantee Ghana a place in the round of 16, while a draw would also benefit the Africans. If the Ghana-Uruguay game ends in stalemate and South Korea beats Portugal by two or more goals in the other Group H encounter, Ghana could be knocked out of the competition. 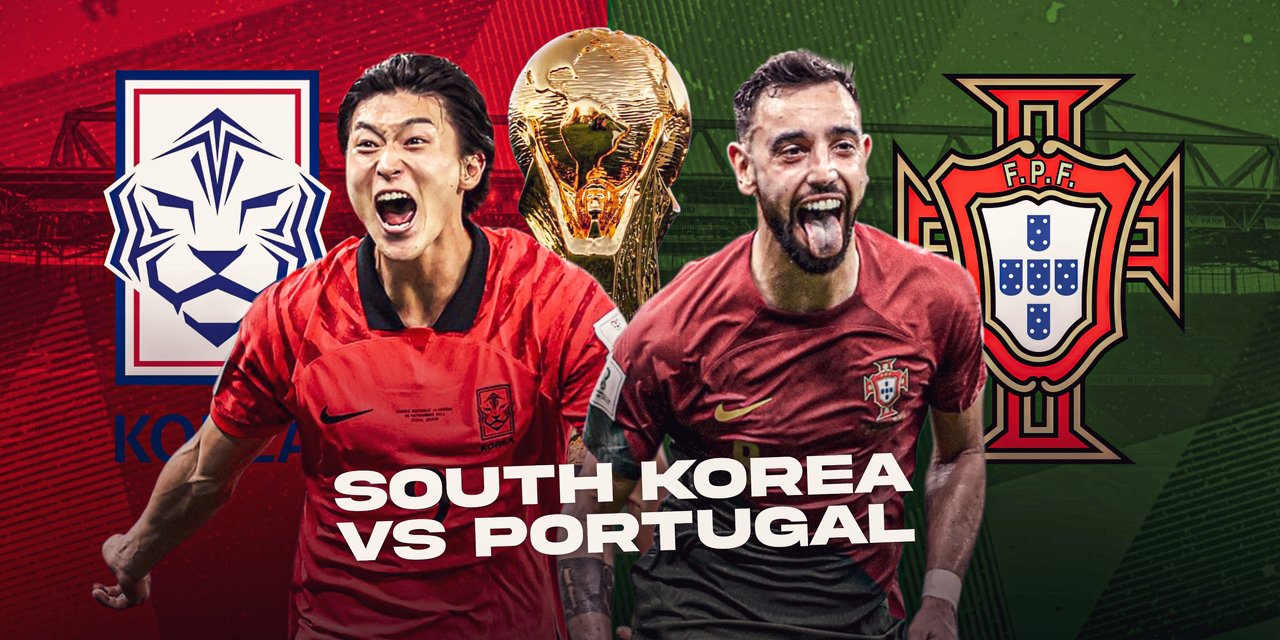 South Korea will have to beat Portugal, who have already qualified for the knockout stages, if they are to stand a chance of progression.

Portugal have six (6) points in Group H as they beat Ghana 3-2 in its first match, while claiming a 2-0 victory over Uruguay in the second fixture. The former European champions will guarantee its place at the top of this group by avoiding defeat.

The Asians head into its final game with a one (1) point, earned in the 0-0 goalless draw with Uruguay in the first match and lost 3-2 to Ghana in the second match. If South Korea beats Portugal, they would need Uruguay to beat Ghana in the other encounter to stand a chance.

Both sides last met at the 2002 FIFA World Cup when South Korea won 1-0 on home soil, securing qualification to the last 16 and eliminating Portugal in the process. The game promises to deliver another thriller at Qatar 2022. 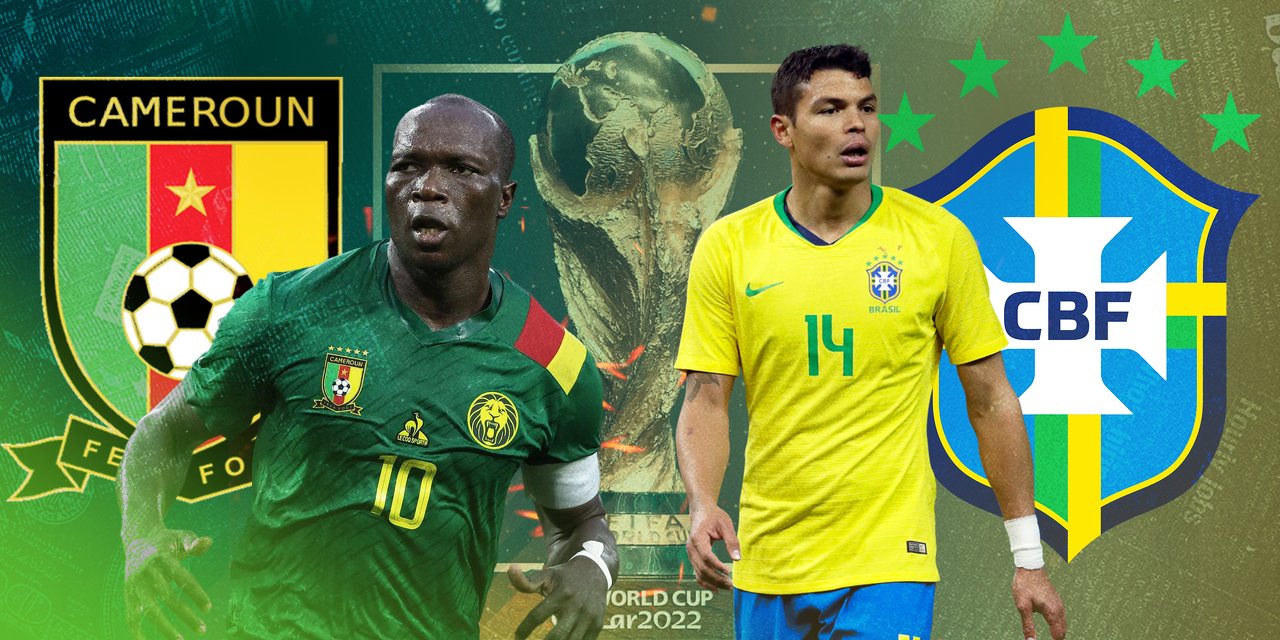 The Indomitable Lions of Cameroon will look to do the impossible when they take on favourites Brazil, who have already qualified for the knockout stages of the FIFA World Cup, by 8pm (Nigerian Time) at the Lusail Stadium in Al Daayen, Qatar.

Cameroon heads into its final game needing a win against the number-one ranked team in the world and the result of the group’s other game to go their way. The Africans have one (1) point in Group G, losing 1-0 to Switzerland in its first match, before mounting an incredible comeback to draw 3-3 with Serbia in the second fixture.

The Africans will look to channel the same strength and determination shown in their comeback against Serbia in the Brazil encounter, to stand any chance of progressing to the next round. Cameroon’s best chance of reaching the last 16 is if they win and the other group’s match between Switzerland and Serbia, ends in stalemate.

Brazil have won both their games, beating Serbia 2-0 in the opening match while claiming a 1-0 victory against Switzerland in the second fixture. The South Americans would need only a point to secure top spot in the group. 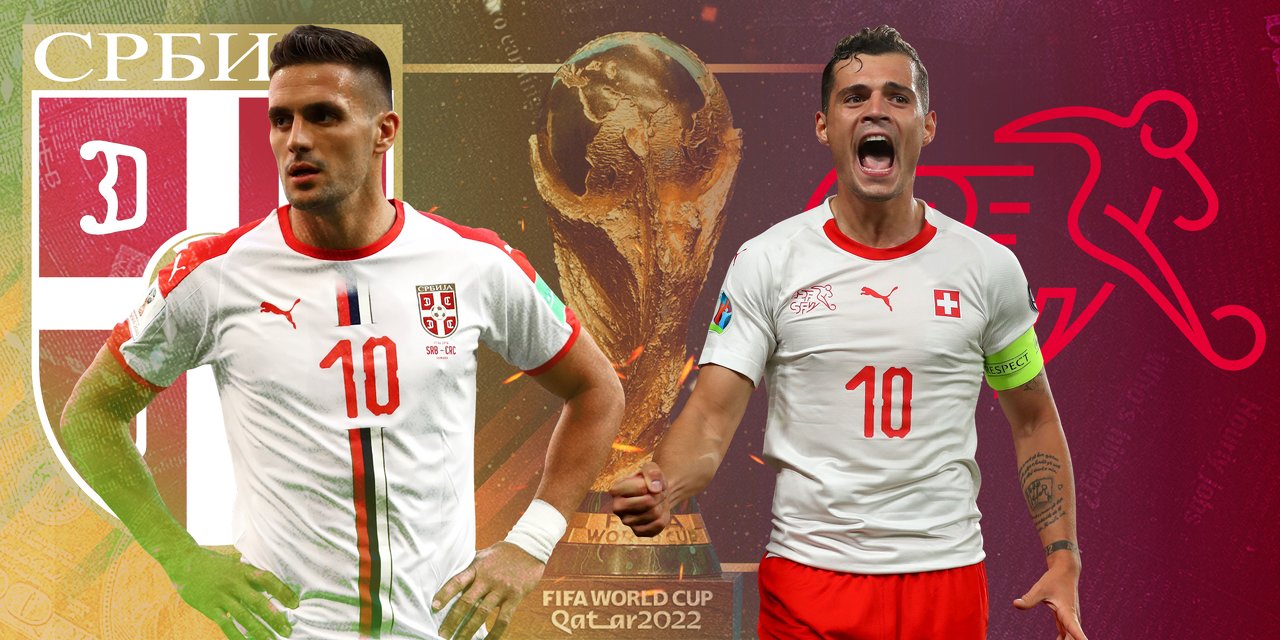 Switzerland and Serbia will battle in their Group G encounter by 8pm (Nigerian Time), at Stadium 974 in the city of Doha, Qatar.

Switzerland look well-placed to join Brazil in the last 16 with three points in the group, as they beat Cameroon 1-0 in their first fixture and lost 1-0 to Brazil in the second match. A win against Serbia would guarantee them a spot in the next stage, while a draw would also be enough unless Cameroon pull off an against Brazil.

For Serbia, they lost 2-0 against Brazil in the their first match and drew 3-3 with Cameroon the the second. Serbia have a tougher route to progression as they must beat Switzerland by a significant goal margin, while hoping for a favourable outcome in the Cameroon-Brazil game.

Goal difference could be a determining factor to settle Group G.

…aaaand for the final time from the #Qatar2022 group stages! 😎#FIFAWorldCup